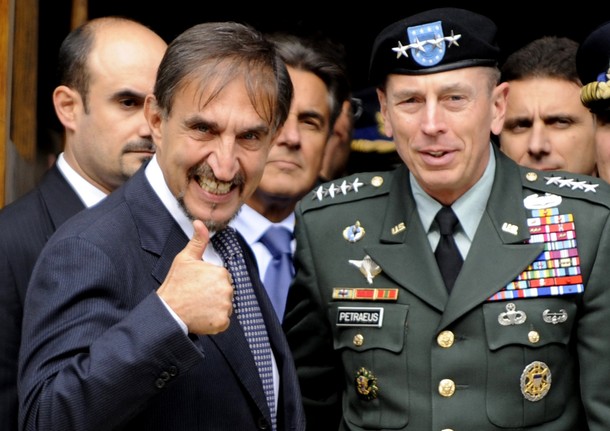 From Yaroslav Trofimov, the Wall Street Journal:  Coalition commanders in Afghanistan are pushing for a show of unity at the North Atlantic Treaty Organization summit in Portugal this month, concerned about the pressure by some European allies to speed up transition to Afghan control and leave.

The U.S. and the NATO headquarters in Kabul oppose naming at the Lisbon summit Nov. 19-20 any Afghan provinces or districts that would move to Afghan security control next year. Releasing location names ahead of time, one senior coalition official said, would "paint a bull’s-eye" on these areas, inviting Taliban attacks.

Italian Defense Minister Ignazio La Russa said last month that his country, which commands coalition forces in western Afghanistan, would like to hand over the western Herat province to Afghan troops within the next year, bringing Italian combat soldiers home. France’s defense minister, Herve Morin, said last week that Paris hopes to transfer the French-controlled district of Surobi in Kabul province, where the French troops have managed to roll back the insurgency.

The international conference on Afghanistan in London in January called for handing over provinces to Afghan security control as early as next month, a timeline since rejected by coalition commanders as unrealistic amid an intensifying war and an insurgency that is spreading to previously safe parts of the country. …

The nine-year war is highly unpopular across Europe amid mounting casualties, and political pressure for a pullout of combat troops is building in major troop-contributing nations. The draft NATO summit declaration that is circulating in Kabul calls for coalition combat troops to complete the transition to Afghan control by the end of 2014, with a NATO training mission and some combat troops staying on well beyond that date, officials said.  (photo: Getty)