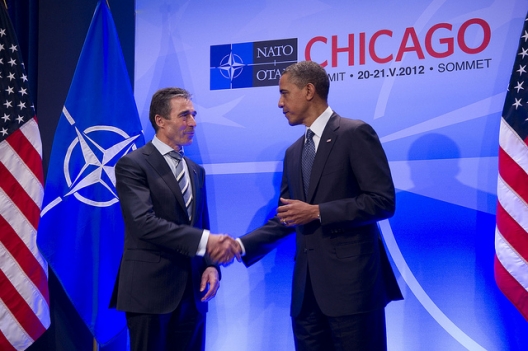 In times of diminished resources for defense, having reliable allies willing to share the burden of collective defense becomes even more important to American interests.  On the outskirts of Rome, Italy, a little known institution, the NATO Defense College, helps keep the alliance alive. The college is about more than military interoperability; there are valuable outcome-oriented discussions among allied and partner representatives on a broad range of issues, all reflecting the values of the member states. Meanwhile, back in the United States, defense cuts risk throwing babies out with the bathwater. . . .

Public opinion on both sides of the Atlantic still gives strong, albeit superficial, support to the alliance.  This was recently demonstrated in the latest Transatlantic Trends study.  NATO was seen as “still essential” by 58% of EU respondents and 55% of American.

It is, of course, up to NATO member state governments to decide how important a continued transatlantic alliance is to their interests.  In the past two years, with the Obama administration articulating a policy of “pivoting” toward Asia, speculation about NATO’s future has intensified.  There is a growing tension between this policy, and those who interpret it as a sign that NATO is no longer necessary, and some impressive expert opinion, which has concluded that even without an existential threat to its members and with no war to fight in Afghanistan, the alliance is important to keep not only alive, but also well.

Last year, the Heritage Foundation issued a report asserting that America’s bases in Europe remain “vital.”  According to the report’s conclusion, “America’s economic and security interests require a stable Europe, and the U.S. military presence in Europe contributes to this.”

Lest it be thought that support for a continued transatlantic alliance comes only from American conservatives, it is good to take note of a study just published by the centrist Center for a New American Security (CNAS).  Under the title NATO Matters:  Ensuring the Value of the Alliance for the United States, the authors conclude that “NATO alone continues to provide the multinational interoperability, command structure and deployable capabilities that make it the partner of first resort for the United States.”

These signs of support, coming from the center left and right of the American political spectrum, are important, but do not guarantee that the United States will provide the leadership necessary to realize the benefits of a healthy transatlantic alliance.

Stanley R. Sloan retired as Senior Specialist in International Security Policy for the Congressional Research Service.  Since then he has taught courses on American power and transatlantic relations at Vermont’s Middlebury College.