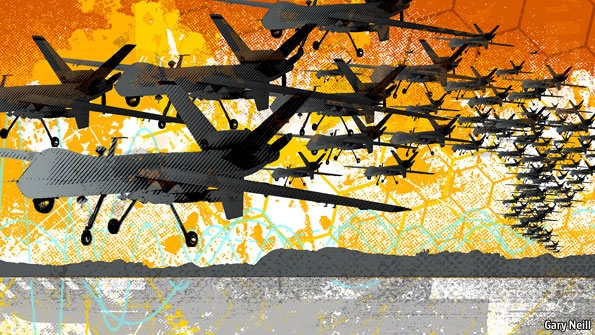 From Eric Schmitt, the New York Times:   Despite widespread praise in Western capitals for NATO’s leadership of the air campaign in Libya, a confidential NATO assessment paints a sobering portrait of the alliance’s ability to carry out such campaigns without significant support from the United States. . . .

The report, whose findings and recommendations are expected to be endorsed by NATO ministers at a meeting in Brussels this week, is consistent with preliminary assessments that European and Canadian planes carried out the bulk of the combat flights to protect Libyan civilians, while the United States provided military support that was essential in accomplishing the mission.

But the report and more than 300 pages of supporting documents, copies of which were obtained by The New York Times, offer telling new details about shortcomings in planning, staffing and conducting the combat mission, as well as how commanders improvised to adjust. . . .

The assessment also helped spur a French-led initiative backed by the Obama administration to establish a hub for allied surveillance aircraft, including Predator and Global Hawk drones, at an Italian air base in Sicily. This concept is modeled after a similar approach NATO has developed in Afghanistan, and it is expected to be approved by allied leaders at a NATO summit meeting in Chicago next month.

In addition, European defense ministers agreed last month on an ambitious proposal to expand the allies’ aerial refueling fleet, another American-backed measure that NATO officials will highlight in Chicago.

“NATO always draws the lessons from its operations, and we’re already doing that with Libya,” Adm. James G. Stavridis, an American officer who is the alliance’s senior military commander, said in an e-mail statement.

Most of the recommendations, particularly those that involve buying expensive aircraft and technical equipment, could take years to put in place. . . .