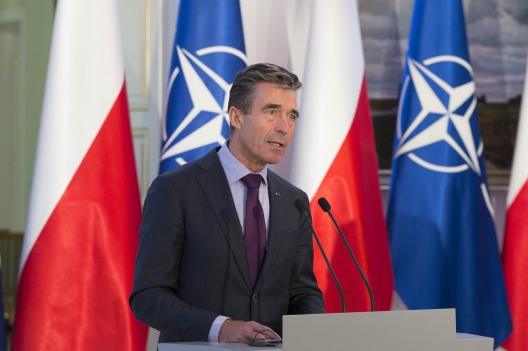 NATO said Thursday it had yet to see “any indications” that Russia has withdrawn its troops from the Ukraine border, a day after President Vladimir Putin claimed to have done so.

“Let me assure you that if we get visible evidence that they are actually pulling back their troops, I will be the very first to welcome it,” NATO Secretary General Anders Fogh Rasmussen said in Warsaw.

“I have to repeat that while we have noticed the Russian statements that they have started to withdraw troops, so far we haven’t seen any, any indications that they’re pulling back,” he said after talks with Polish Prime Minister Donald Tusk. . . .

Putin announced a pullback on Wednesday in response to Western concerns of a possible Ukraine invasion, but both the Western military alliance and the United States have questioned the claim.