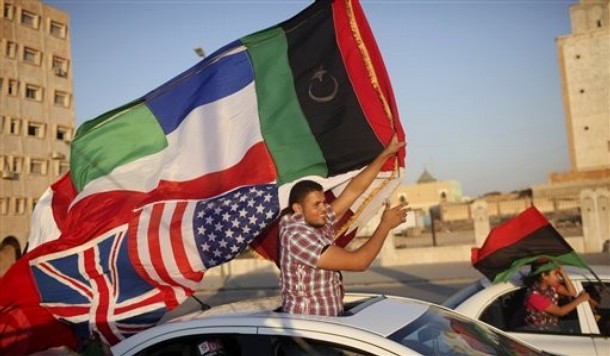 From Luke Coffey, the Heritage Foundation:  To the south of Europe, from the eastern Atlantic Ocean to the Middle East, is a region experiencing increasing instability from demographic pressures, increased commodity prices, interstate and intrastate conflict, piracy, tribal politics, competition over water and other natural resources, religious tension, revolutionary tendencies, terrorism, and nuclear proliferation. This region also has some of the world’s most vital shipping lanes, energy resources, and trade choke points. Obviously, instability in this region can directly impact NATO’s security interests.

However, whether it is regional terrorism emanating from al-Qaeda or the threat of nuclear proliferation in Iran, NATO member states share many of the same security concerns as the countries of the Middle East and North Africa. Furthermore, many of the countries in this region have demonstrated a willingness to cooperate with NATO and have even contributed troops to NATO-led missions. NATO’s Kosovo Force currently has 100 Moroccans and, until a few years ago, had 1,200 soldiers from the UAE. . . .

After the Chicago Summit: The Way Ahead

To help NATO improve its relations with its southern neighbors, the U.S. should:

Partnership leads to interoperability, which helps promote understanding and security. This is why cooperation between NATO and the countries of the Middle East and North Africa is so important. As Iran becomes more of a destabilizing player in the region and al-Qaeda continues to operate in North Africa, NATO should build solid and enduring relations with the friendly countries of the region.