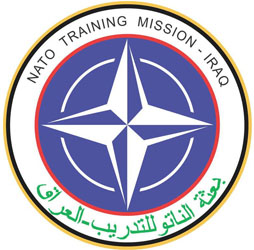 From NATO:  NATO on Monday (24 September 2012) signed a cooperation agreement with Iraq which will foster closer security ties and help Iraq build up its security institutions.

The Alliance is committed to assisting Iraq as it builds a modern security sector which can cooperate with international partners. The partnership will promote dialogue and address shared threats. NATO and Iraq intend to work together to develop the capacity of Iraq’s security institutions and to cultivate the expertise of its national defence academies. The agreement also creates a framework for regular political dialogue and for training cooperation in areas such as counter- terrorism, crisis management, disaster relief and logistics.

Cooperation between the two sides is based on the principles of respect for sovereignty, respect for international law, joint ownership and mutual benefit.

The signing of the partnership accord marks the formal accession of Iraq to NATO’s “partnerships family”. There are a number of global partners which develop cooperation with NATO in areas of mutual interest, including emerging security challenges. Under the accords, individual global partners choose the areas where they wish to engage with NATO, as well as the extent of this cooperation. Australia, Japan, the Republic of Korea, New Zealand, Pakistan, Afghanistan and Mongolia are also among NATO’s global partners.  (graphic: NATO Training Mission Iraq)