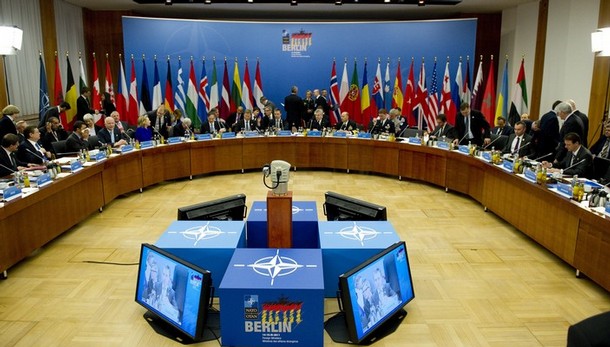 From Matt Spetalnick and David Brunnstrom, Reuters:  NATO allies rebuffed on Thursday French and British calls to contribute more actively to the air war in Libya despite fears of a military stalemate. …

A NATO official said on Wednesday the alliance was still short of about 10 aircraft a day to conduct air strikes. A French official named Italy, Spain, the Netherlands and Sweden as countries that could do more to assist operations.

One NATO diplomatic source said there were three ways the alliance could increase combat aircraft capability.

Countries already contributing aircraft could reconfigure interceptor planes enforcing the no-fly zone to be able to carry out ground strikes or they could change the mix of aircraft they have deployed, sending more combat planes instead of interceptor aircraft, the source said.

The third option, seen as the most difficult, was to persuade new countries to join the operation.

The source said alliance members must back up their commitment to the Libya operation with firepower. "You can’t sign NATO up to do something and then not provide all of the means it needs to do this over the medium term," he said.  (photo: Getty)