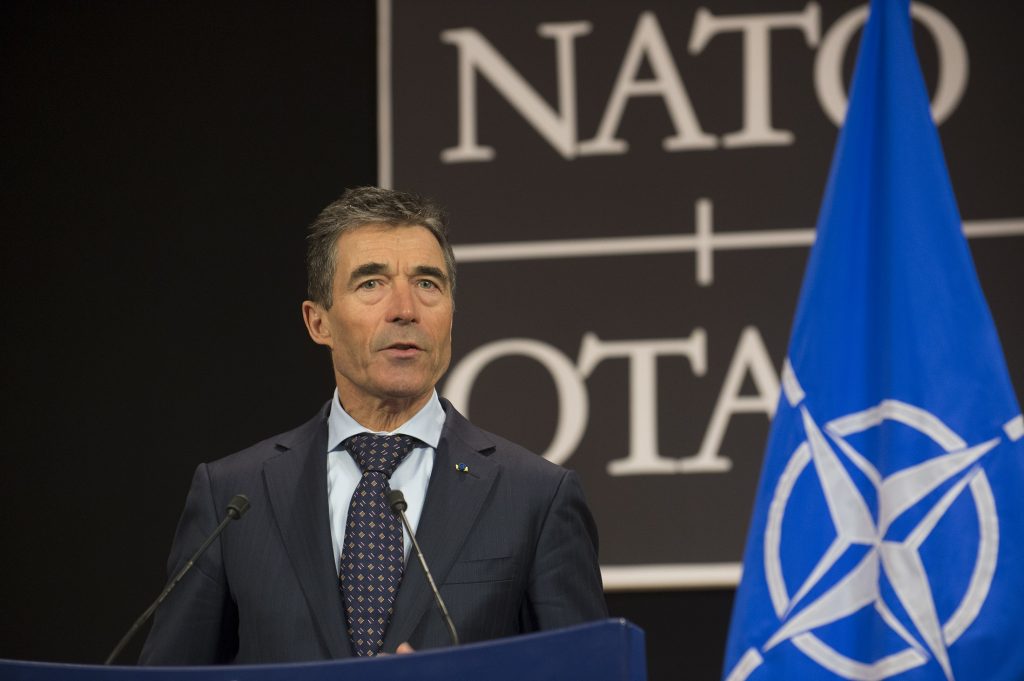 NATO, the alliance born and bred in the Cold War, has provided good value for the U.S. taxpayer and offers international legitimacy to military action through its 28 member nations, NATO Secretary General Anders Fogh Rasmussen said Wednesday in an interview with USA TODAY.

Rasmussen is here for the U.N. General Assembly to meet with Ban Ki Moon, the U.N. secretary-general, and other world leaders.

“It’s not breaking news that the U.S. provides the bulk of our military force,” Rasmussen said. “But American taxpayers would like to know that the Europeans are also contributing to our joint military effort in a way that ensures a fair burden sharing across the Atlantic. . . .”

Rasmussen said Wednesday the picture had brightened in recent years. He pointed out that troops from America’s NATO allies have deployed about a third of the combat forces in Afghanistan. He also noted European and Canadian forces took the lead — with substantial U.S. help — in the air war in Libya in 2011.

“Though the United States can carry out major military operations on her own, still there is the need for ensuring political legitimacy through collective action,” he said. “In that respect, the United States profits greatly from having a strong transatlantic relationship with NATO. . . .”

On Syria, Rasmussen said he supported President Obama’s threat of an attack to punish Bashar Assad’s government for using chemical weapons to kill more than 1,000 civilians Aug. 21. It prompted the U.S.-Russian deal to round up and destroy Syria’s chemical arsenal, he said.

“I don’t foresee any further role for NATO behind our deployment of missiles to Turkey,” he said. “If a response to the chemical weapon attacks were to be military action, I would envisage a short, targeted, limited military operation. For that you don’t need the whole NATO system.”