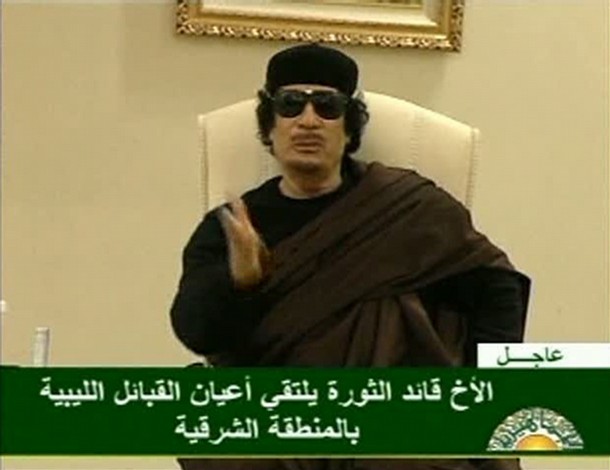 From Reuters:  The news, which was flashed up in a caption on al-Jamahiriya TV, said the embassy suffered major damage in NATO strikes on military and civilian sites in the Libyan capital.  (photo: Reuters)