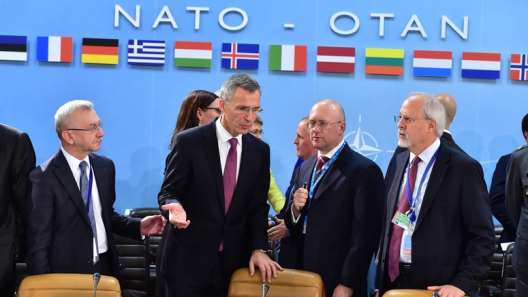 Three months after NATO agreed to set up a rapid-reaction force to ease its eastern allies’ fears about Russia, the task is providing an object lesson in the limitations of Europe’s military capabilities.

Foreign ministers from the 28-nation North Atlantic Treaty Organization meet Tuesday in Brussels to review progress on the so-called spearhead force that leaders pledged to create at their September summit in Wales.

The plan is to create by 2016 a brigade-size force of up to 5,000 ground troops, ready to head to trouble spots at a couple of days’ notice, along with air and naval support. . . .

Diplomats say they are sure the force will be established in full and on time—not least because the alliance’s credibility depends on it. But setting it up is proving harder than expected because defense budgets are already stretched to their limits and much of NATO’s Cold War-era infrastructure has disappeared.

“The challenge is that NATO hasn’t done this for two decades,” Douglas Lute, U.S. ambassador to NATO, said Monday. . . .

Europe’s ability to ship large amounts of heavy military equipment across the Continent has shrunk dramatically since the end of the Cold War. The flatbed rail trucks that were used to ship armored personnel carriers, for instance, are no longer in service.

“We have found that standing up that capability has more difficulty involved than perhaps the alliance expected,” said Adam Thomson, the U.K. ambassador to NATO. This is, he said, “because we have moved so far away from the capabilities that the alliance developed for collective defense through the Cold War.”