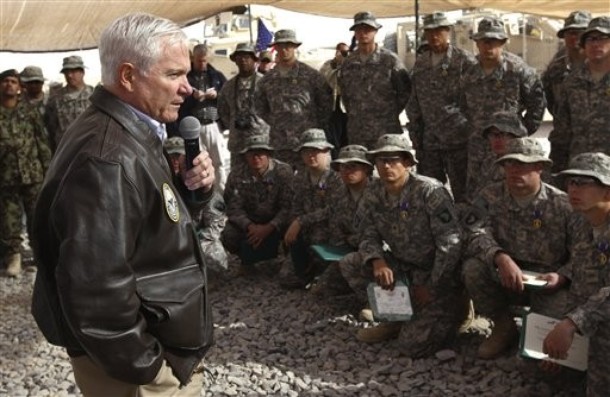 From Carlotta Gall and Ruhullah Khapalwak, the New York Times:  As the Obama administration reviews its strategy in Afghanistan, residents and even a Taliban commander say the surge of American troops this year has begun to set back the Taliban in parts of their southern heartland and to turn people against the insurgency — at least for now. …

“To tell you the truth, the government has the upper hand now” in and around Kandahar, the Taliban member said. A midlevel commander who has been with the movement since its founding in 1994 and knows it well, he was interviewed by telephone on the condition that his name not be used.

NATO commanders cautioned that progress on the battlefield remained tentative. It will not be clear until next summer if the government and the military can hold on to those gains, they said. Much will depend on resolving two problems: improving ineffectual local governments and strengthening Afghan troops to fight in NATO’s place.

The Taliban commander said the insurgents had made a tactical retreat and would re-emerge in the spring as American forces began to withdraw.

But in a dozen interviews, Afghan landowners, tribal elders and villagers said they believed that the Taliban could find it hard to return if American troops remained.

The local residents and the Taliban commander said the strength of the American offensive had already shifted the public mood. Winning the war of perceptions is something the military considers critical to the success of the counterinsurgency strategy being pursued by Gen. David H. Petraeus, the coalition commander. …

“They are very upset and worried,” said one Afghan who lives in Quetta, the western Pakistani city where the Taliban leadership is based, and knows a number of Taliban commanders who live in his neighborhood. “This whole operation in the south has made it very difficult for them. They have lost their heart. A lot of leaders have been killed.”

NATO commanders have issued reams of press releases on the capture and killing of Taliban fighters. …

NATO’s announcement that it would remain until a transfer to Afghan forces in 2014 has also convinced people that it will not withdraw quickly, he said.

“The Americans are more serious, and another thing that made people hopeful was when they said they would stay until 2014,” the Taliban commander said. “That has made people change their minds.”  (photo: AP)