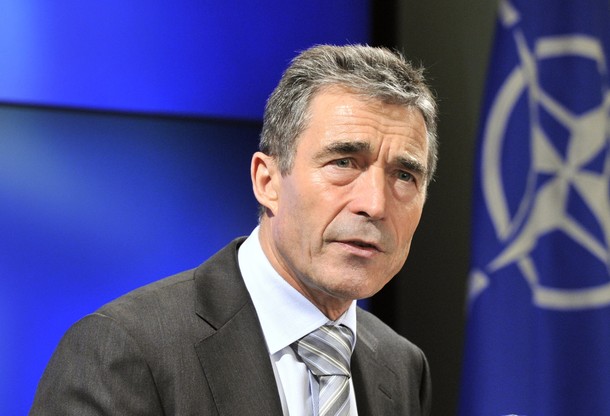 From Anders Fogh Rasmussen, NATO:  As you know, the situation on NATO’s south-eastern border is of great concern. Turkey has asked for Alliance support. And we stand in full solidarity with Turkey.

I would expect NATO Allies to make a decision later today. I am confident we will demonstrate our determination to deter against any threats and defend our Ally. Because this is what our Alliance is all about.

As we have already made clear, any deployment would be defensive only. It would in no way support a no-fly zone or any offensive operation. . . .

Question DPA: Secretary General, Secretary Clinton and President Obama have issued strong warnings to President Assad against using chemical weapons against the Syrian population. How big do you think is the risk and the danger that Assad might be willing to use chemical weapons using scud missiles against Turkey as well?

NATO Secretary General: The Syrian stockpiles of chemical weapons are a matter of great concern. We know that Syria possesses missiles. We know they have chemical weapons and of course they also have to be included in our calculations and this is also the reason why it is a matter of urgency to ensure effective defence and protection of our Ally Turkey. Let me add to this that the possible use of chemical weapons would be completely unacceptable for the whole international community and if anybody resorts to these terrible weapons I would expect an immediate reaction from the international community.

Excerpts from statement by NATO Secretary General Anders Fogh Rasmussen at the start of the Foreign Affairs Ministers meeting.

From Reuters:  Any use of chemical weapons by Syria’s government would prompt an immediate international response, NATO’s chief warned on Tuesday, saying the chemical threat made it urgent for the alliance to send Patriot missiles to Turkey. . . .