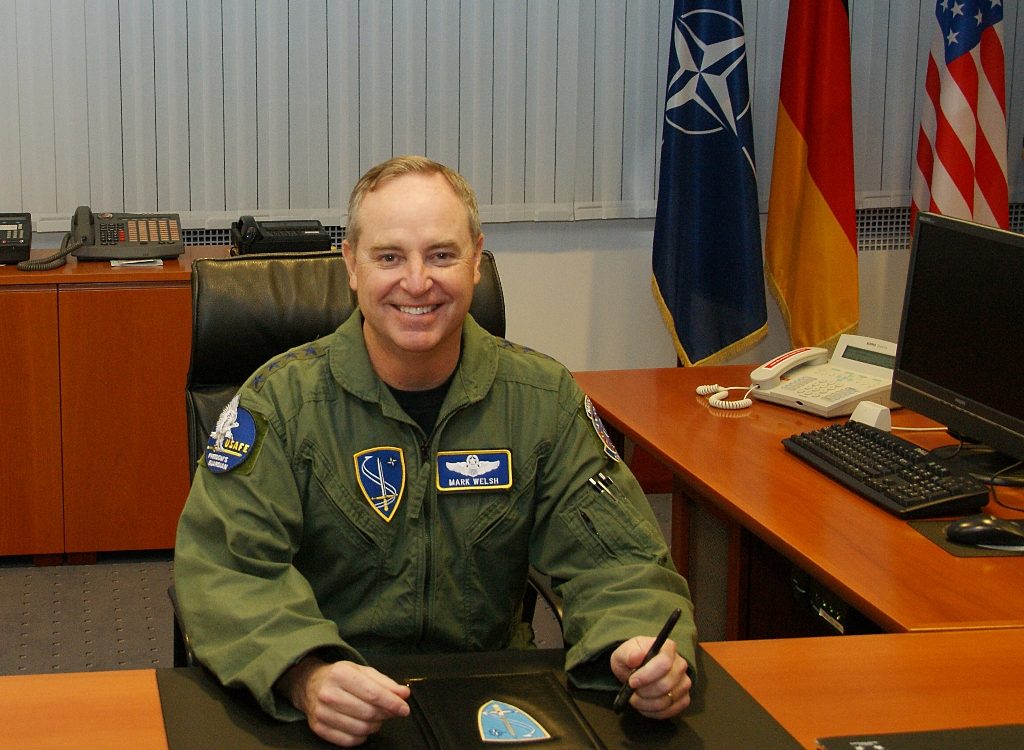 From John Vandiver, Stars and Stripes:  As part of a plan to consolidate its air command headquarters, NATO officials have decided to make Ramstein Air Base the hub for alliance missions that range from NATO’s air police operations to a growing missile defense program , according Headquarters Allied Air Command Ramstein.

Currently, NATO has two air command headquarters: Ramstein Air Base in the north and a southern headquarters in Izmir, Turkey.

“That means you will now only have one air command headquarters left,” said Manfred Reudenbach, a spokesman for the NATO air command mission.

The consolidation is part of NATO’s ongoing reorganization, which is aimed at finding efficiencies. While NATO now has 400 personnel at Ramstein, the move is expected to increase that number to 500, Reudenbach said. . . .

“They will include staff to deal specifically with missile defense,” Reudenbach said. “What you have is the command and control for missile defense forces.”  (photo: NATO)