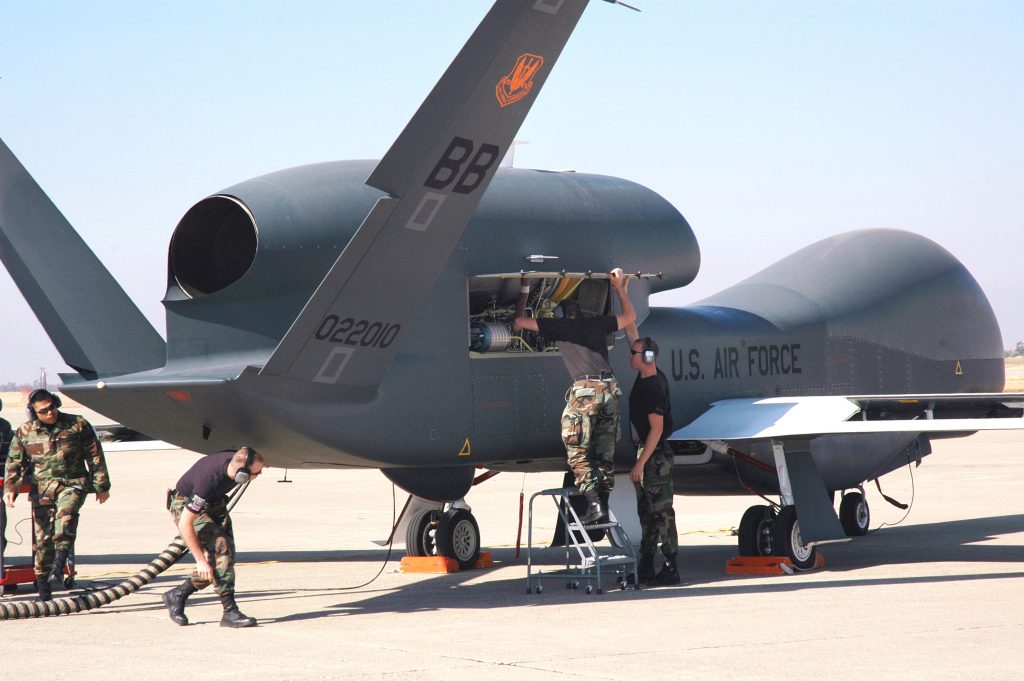 "The acquisition itself is plus 1 billion (euros)," a NATO official told reporters, speaking on condition of anonymity.

The cost will include five Global Hawk drones, produced by U.S. firm Northrop Grumman, as well as training and pilot costs, he said. Maintenance of the drones and operation costs will amount to around 2 billion euros oveEr 20 years.

Northrop Grumman ISS International is the main contractor, while the German arm of EADS, Italy’s Galileo Avionica – a unit of Finmeccanica – and the Canadian arm of General Dynamics are also involved. . . .

Britain and France will contribute surveillance equipment, the official said, instead of a portion of their contribution to the financing of the system’s base, infrastructure and communications costs, which will be borne by all NATO states.

From Slobodan Lekic, the AP:  The [alliance] official said the order, which coincides with sharp defense cuts across the alliance, is expected to be signed in spring. Deliveries will take place between 2015 and 2017.

He said 13 NATO nations will band together to buy the drones, which can stay aloft for 36 hours. The alliance will then use them on behalf of all 28 members.

The costs of operating the drones over their 20-year life cycle will amount to about €2 billion ($2.6 billion), the official said.

The drones will be based at Sigonella, Italy, and operated by about 600 service members.  (photo: U.S. Air Force)