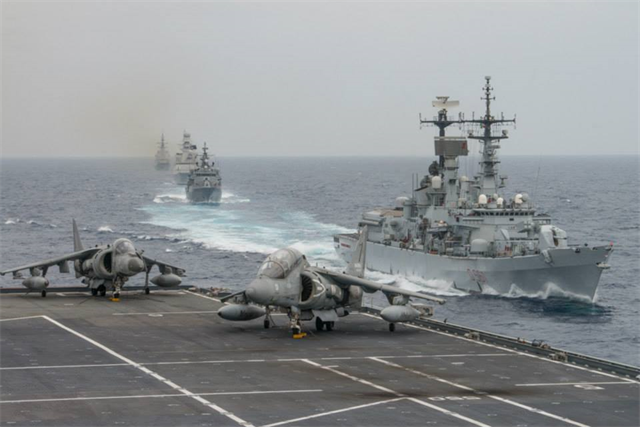 As NATO prepares to pull out of its longest and most faraway war in Afghanistan, its focus is back on Europe with a multitude of exercises planned, notably in the Mediterranean.

From September 25 to October 6, a vast part of the Tyrrhenian Sea off the western coast of Italy has been cordoned off to allow forces to enact a classic naval confrontation, an air attack, a terrorist offensive, or even a rescue mission.

“These kinds of exercises will be one of our top priorities in the next few years,” said US General Philip Breedlove, NATO’s Supreme Allied Commander.

“NATO is shifting from the deployed posture to a ready posture after 2014,” he added, referring to the end next year of the biggest operation the alliance has undertaken since its creation in 1949 — the Afghan front where tens of thousands are deployed. . . .

“We are at the pinnacle of NATO operability, cohesiveness and capability because we have been fighting together for 12 years,” Breedlove said of the military input provided by member states.

But “if we don’t do something, this capability will diminish over time.”