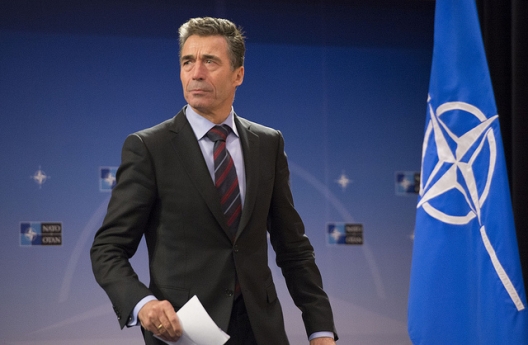 From Anders Fogh Rasmussen, NATO:  I condemn the entry of a Russian so-called humanitarian convoy into Ukrainian territory without the consent of the Ukrainian authorities and without any involvement of the International Committee of the Red Cross.

This is a blatant breach of Russia’s international commitments, including those made recently in Berlin and Geneva, and a further violation of Ukraine’s sovereignty by Russia. It can only deepen the crisis in the region, which Russia itself has created and has continued to fuel. The disregard of international humanitarian principles raises further questions about whether the true purpose of the aid convoy is to support civilians or to resupply armed separatists.

These developments are even more worrying as they coincide with a major escalation in Russian military involvement in Eastern Ukraine since mid-August, including the use of Russian forces. In addition, Russian artillery support – both cross-border and from within Ukraine – is being employed against the Ukrainian armed forces. We have also seen transfers of large quantities of advanced weapons, including tanks, armoured personnel carriers, and artillery to separatist groups in Eastern Ukraine. Moreover, NATO is observing an alarming build-up of Russian ground and air forces in the vicinity of Ukraine.

Instead of de-escalating the situation, Russia continues to escalate it, despite the efforts of the international community to find a political solution to the crisis. This can only lead to Russia’s further isolation. I strongly urge Russia not to take further provocative actions, to stop destabilising Ukraine and to take genuine steps to resolve this dangerous situation with full respect of Ukraine’s sovereignty and territorial integrity and international law.

From Michael R. Gordon, New York Times:  The Russian military has moved artillery units manned by Russian personnel inside Ukrainian territory in recent days and is using them to fire at Ukrainian forces, NATO officials said on Friday. . . .

Since mid-August NATO has received multiple reports of the direct involvement of Russian forces, “including Russian airborne, air defense and special operations forces in Eastern Ukraine,” said Oana Lungescu, a spokeswoman for NATO.

“Russian artillery support — both cross-border and from within Ukraine — is being employed against the Ukrainian armed forces,” she added.