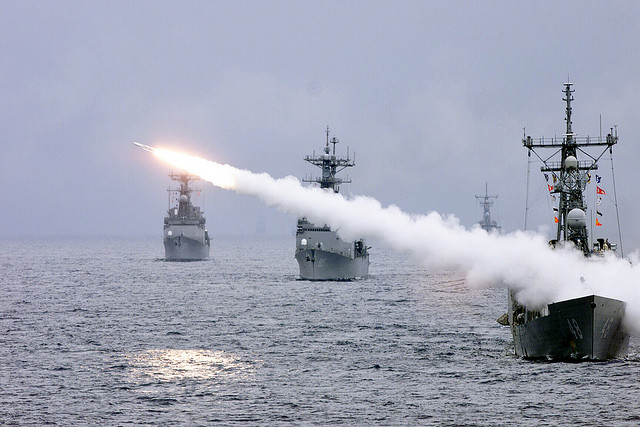 From Spencer Ackerman, Danger Room:  Starting in May, Europe will have the beginning of an operational shield against ballistic missiles, courtesy of NATO.

The system will be modest at first, not much more than SM-3 interceptor missiles aboard the U.S.S. Monterrey, a ship enabled with the Aegis Ballistic Missile Defense system and stationed in the Mediterranean. It’ll be aided by an early-warning radar system Turkey’s hosting at its Kurecik base.

But together, they form what a senior NATO official told reporters on Wednesday was an “interim capability” to stop incoming missiles — the first, ever, in Europe. NATO will formally announce it in May at its big summit in Chicago, and when defense chiefs meet here on Thursday, they’ll get updated on its progress.

There’s a long, long way to go in what the Obama administration calls its “phased adaptive” approach to the Euro missile shield. The SM-3 interceptors aboard the Monterrey — the first of many such ships headed to the Med — can only stop short- to intermediate-range missiles. (NATO would not disclose the exact range for the “interim” shield.) It will take years to add even the entire easternmost parts of the continent to the shield — the “phased” part of “phased adaptive” — as its first ground-based anti-missile missiles, which will be hosted in Romania, won’t be operational until 2015. And the shield won’t be able to stop intercontinental ballistic missiles until 2020, if everything goes according to plan.  (photo: U.S. Navy)