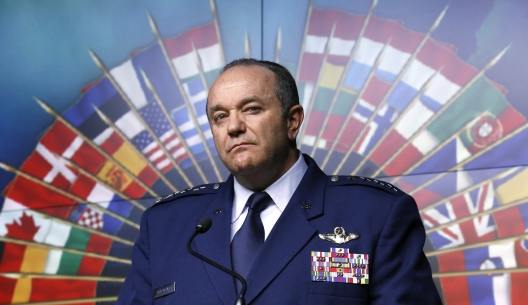 If Russia tries to infiltrate troops into a NATO country, even out of official military uniform as it did before it annexed Ukraine’s Crimea, NATO will respond militarily, the alliance’s top commander said in an interview published on Sunday. . . .

“The most important work to prepare a nation for the problem of ‘little green men‘, or organizing of Russian (speaking)population, it happens first. It happens now,” [NATO’s Supreme Allied Commander Europe, Gen. Philip] Breedlove said in an interview published online by German newspaper Die Welt.

“How do we now train, organize, equip the police forces and the military forces of (allied) nations to be able to deal with this?” he said, according to a transcript of his remarks in English provided by NATO.

“If we see these actions taking place in a NATO nation and we are able to attribute them to an aggressor nation, that is Article 5. Now, it is a military response,” he said.