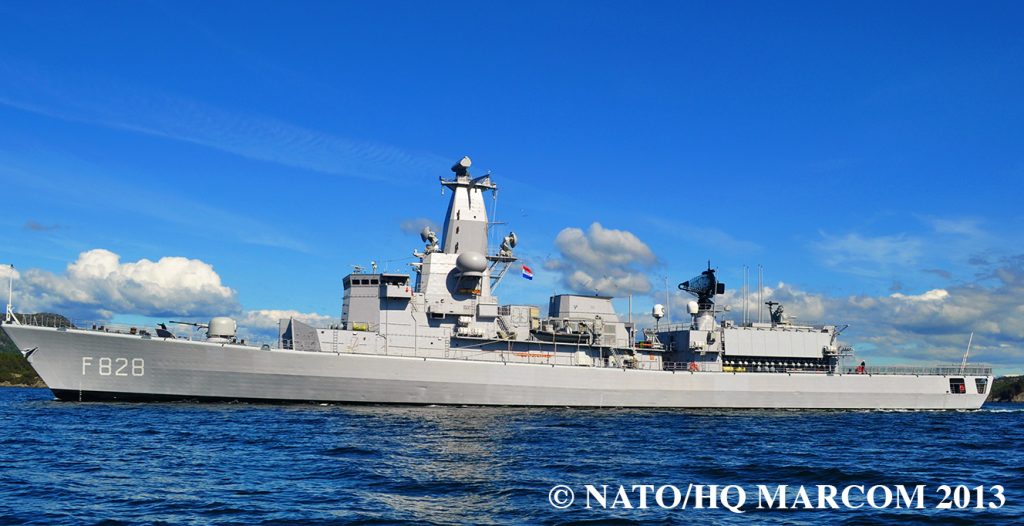 From NATO Maritime Command:  On Wednesday 5th June 2013, the NATO counter-piracy warship HNLMS VAN SPEIJK worked together with the European Union to provide support to an Indian dhow that was being attacked by suspected pirates off the coast of Bosaso (North-eastern Somalia).

HNLMS VAN SPEIJK was able to reach SHAHI FAIZE NOURE’s last known position in search of the Indian dhow. During that time, the international staff onboard ITS San Marco was working together with the European Union’s Naval Force (EUNAVFOR), to coordinate efforts. The EUNAVFOR warship HSwMS CARLSKRONA which was also in the area then launched her helicopter and located the dhow which had been boarded by the suspected pirates. The pressure exerted by the naval forces caused the pirates to quickly leave the dhow and fall back to the Somali coast. Less than 10 hours after the alert was broadcast by UKMTO, the 14 crewmembers of SHAHI FAIZE NOURE were safe again and able to return to their fishing activities.

Rear Admiral Natale, who handed over the command of Operation Ocean Shield to Commodore Henning Amundsen (Norwegian Navy) on 7th June 2013, commented on this occasion “cooperation has once again proved to be the strongest defence against piracy”. He also added that “the last successful pirate attack happened now more than a year ago but isolated events such as this one shows that we must not lower our guard. Vigilance will always be the best practice for ships transiting through the area.”

From EUNAVFOR:  Speaking about the incident, the Operation Commander of the EU Naval Force, Rear Admiral Bob Tarrant, said “What is important is that fourteen Indian sailors are now safe and able to return to their families, after what must have been a terrifying ordeal.  This latest attack once again shows that the threat from piracy is real.  We must all remain vigilant.”  (photo: NATO Maritime Command)  (via Damon Wilson)