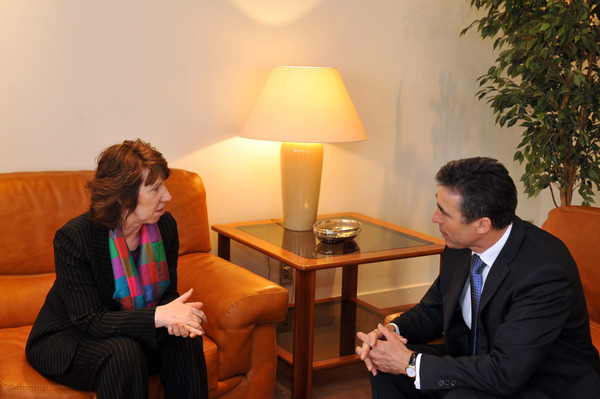 From Europolitics: The dispute between Turkey and Cyprus has hamstrung relations between the two organisations since Cyprus joined the EU in 2004. Ankara restricts cooperation at a number of levels, claiming that it wants to prevent sensitive military operations being passed on to the Greek Cypriot authorities. Cyprus has responded by blocking Turkish participation in a number of EU defence activities.

Rasmussen acknowledged that NATO had to accept Cyprus as a "country that deserves a seat at the table." In return, he said, the EU should open up its security operations to Turkish participation and allow non-EU contributors to participate in the decision making processes of those operations in the same way as NATO does with non-NATO nations, which take part in its International Security Assistance Force (ISAF) in Afghanistan.

"The EU must act to accommodate some concerns raised by NATO members that are not at the same time members of the European Union," Rasmussen told reporters. He underlined that cooperation was even more important since the EU was taking on a "more robust" foreign policy role under the Lisbon Treaty. He added that the EU should conclude a security agreement with Turkey and an arrangement that would allow Turkish participation in the European Defence Agency. However, he admitted that the political complications cannot be resolved "overnight."  (photo: NATO)