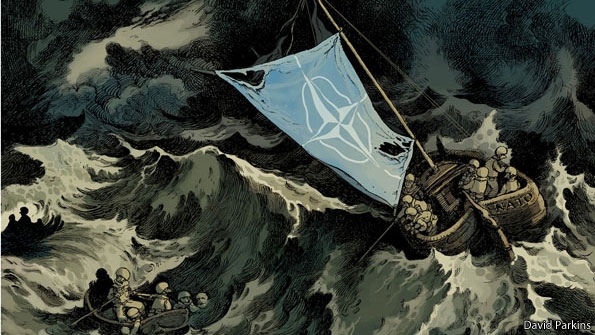 From the Editors of the New York Times: [N]o matter how important the stakes, European militaries are unable to conduct sustained air operations on their own, even in their own neighborhood. Without urgent efforts to remedy these shortcomings, NATO faces a bleak future of military marginalization and trans-Atlantic rancor. . . .

Military force is not always the best answer. But, when it is, Europe must be able to provide its share.

With all European governments committed to arbitrary and unrealistic deficit reduction targets, military spending is again being slighted. But by continuing to shortchange overdue military investments, Europe is undermining the alliance on which its security depends.

We are encouraged that earlier this year, NATO decided to acquire a new air-to-ground surveillance system and to expand member countries’ aerial refueling fleets. That’s a good start. But it won’t be enough.

Next month’s NATO summit meeting in Chicago will likely feature speeches celebrating the alliance’s past glories. It must be accompanied by hard private bargaining about better burden-sharing and addressing the yawning gaps exposed in Libya. NATO’s credibility is on the line. And that is a serious problem for Europe and for the United States.  (graphic: David Parkins/Economist)