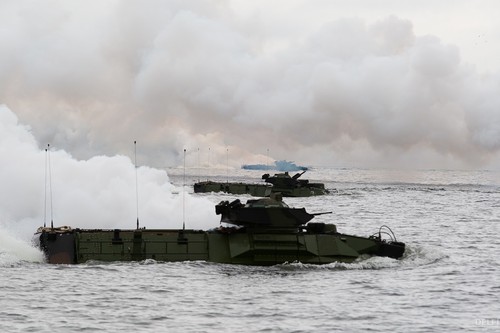 From Scott Shane, the New York Times:  When fighting broke out between Russia and Georgia in August 2008, a shudder passed through the former Soviet Baltic republics.

Estonia, Latvia and Lithuania had painful memories of Soviet occupation and feared that a resurgent Russia might come after them next. They began lobbying NATO, which they had joined in 2004, for a formal defense plan.

But the request was a delicate one for NATO, an alliance obligated by treaty to respond to an attack on one member as an attack on all. NATO leaders had repeatedly declared that post-Soviet Russia was not a threat, and the incoming Obama administration wanted to pursue what it called a “reset” of relations with Russia.

Cables obtained by WikiLeaks and provided to several news organizations chronicle the secret diplomacy that followed, culminating in a NATO decision in January to expand a defense plan for Poland to cover the three Baltic states. That expanded plan, called Eagle Guardian, is now in place, American officials say. …

By October 2009, a cable reported that “leaders in Estonia, Latvia, and Lithuania are pressing hard for NATO Article 5 contingency planning for the Baltic states,” referring to the mutual defense provision of the NATO treaty. The cable noted that President Obama had expressed support for such planning.

But the cable, signed by the American ambassador to NATO, Ivo H. Daalder, noted the awkwardness of squaring Baltic worries with closer NATO-Russia ties.

“The Baltic states clearly believe that the Russian Federation represents a future security risk and desire a contingency plan to address that risk. And therein lies the problem,” the cable said. “Post-Cold War NATO has consistently said that it no longer views Russia as a threat.”  (photo: Andres Putting, Delfi/Office of the President of Estonia)