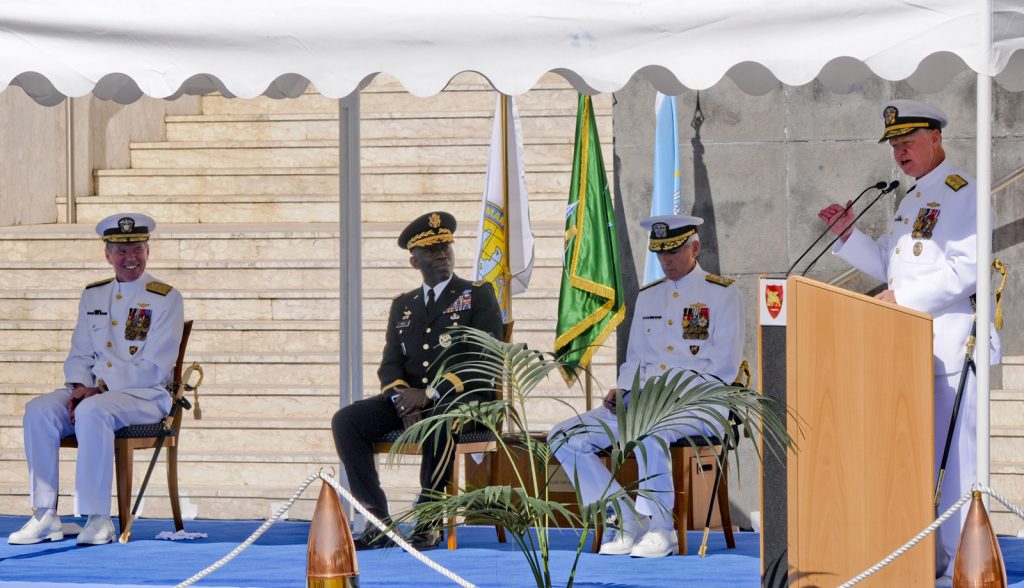 Locklear comes to Naples after serving as Director, Navy Staff. Locklear is a 1992 graduate of the Industrial College of the Armed Forces, and holds a master’s degree in Public Administration from George Washington University.

The NAVEUR-NAVAF area of responsibility covers approximately half of the Atlantic Ocean, from the North Pole to Antarctica; as well as the Adriatic, Baltic, Barents, Black, Caspian, Mediterranean and North Seas; to include all of Russia, Europe and nearly the entire continent of Africa.  (photo: Allied Command Operations)