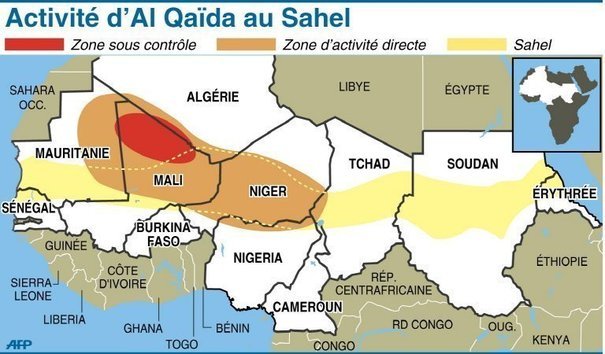 From Adrian Croft, Reuters:  The European Union is to send experts to Niger to train its security forces to fight al Qaeda, signalling the depth of EU concern over the growing threat Islamist militancy poses to Africa’s Sahel region.

The mission, approved by EU governments on Monday, will start work next month in the Niger capital Niamey.

The rebel takeover in the north of Mali, which borders Niger, as well as an influx of weapons and fighters after last year’s revolt in Libya, have raised fears about the stability of the arid Sahel belt of central and west Africa.

"Increased terrorist activity and the consequences of the conflict in Libya have dramatically heightened insecurity in the Sahel," EU foreign policy chief Catherine Ashton said.

"European experts will train (Niger’s) security forces to improve their control of the territory and regional co-operation," she said in a statement.

About 50 international staff and 30 staff hired locally will be based in the mission’s headquarters in Niamey, with liaison officers in Bamako, the capital of neighbouring Mali, and Nouakchott, capital of Mauritania.

The international staff will mostly be civilian security trainers from EU member states. The team will also have military expertise, EU officials said, but gave no further details.  (graphic: AFP)