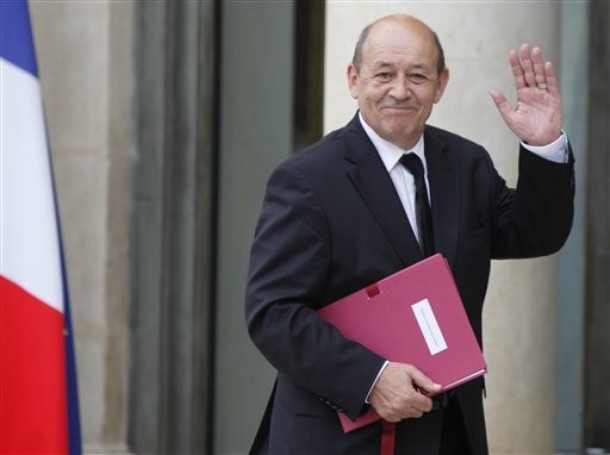 From France 24:  The members of French President François Hollande’s new cabinet were announced on Wednesday , including Pierre Moscovici as finance minister and former premier Laurent Fabius as the minister of foreign affairs.

France unveiled President Francois Hollande’s new government on Wednesday, with exactly half of the posts going to women – a promise the new head of state had made during his campaign. . . .

Former prime minister Laurent Fabius, 65, who campaigned against the European Constitutional Treaty in 2005, was handed the role of foreign affairs minister, sparking concern among some Europhiles.

Pierre Rousselin, senior editor at French conservative daily Le Figaro, told FRANCE 24 that while the French might find him a “strange choice and a potential problem for Europe,” he may also turn out to be an advantage by gaining support from the majority of French people who voted “no” in the bitterly divisive 2005 referendum. . . .

Jean-Yves Le Drian, a 64-year-old local politician from Brittany, was named defence minister, while Manuel Valls, a free-market moderniser and a moderate within the Socialist Party, was named interior minister.

He has specialized in the French Navy budget, reflecting his closeness to his political constituency and origins on the Brittany coast, northern France. . . .

During the campaign, Le Drian went to London to meet British defense officials. He has reached out to defense officials ahead of the NATO summit to be held in Chicago on May 20 and 21, daily Le Figaro reported.  (photo: AP)