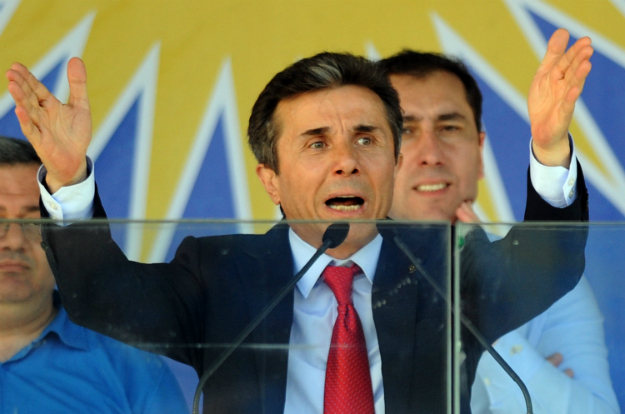 From Josh Rogin, the Cable:  In an interview last month with The Cable, [Bidzina] Ivanishvili pledged to continue close cooperation with the West, including the contribution of Georgian troops to the mission in Afghanistan.

"That such a large military and political coalition as NATO is partnering with us and takes us as a young partner — this is an honor and we need to do everything we can to retain this and take part in our maximizing and supporting this," he said.

Ivanishvili said that Georgia should aspire to be a regional player and still hopes to join NATO after his party comes to power.

He also pledged to improve Georgia’s relations with Russia.

"No matter what kind of ruler it will be, better than Putin or worse than Putin, every politician’s duty is to normalize relations with their biggest neighbors," Ivanishvili said.  (photo: Vano Shlamov/AFP/Getty)