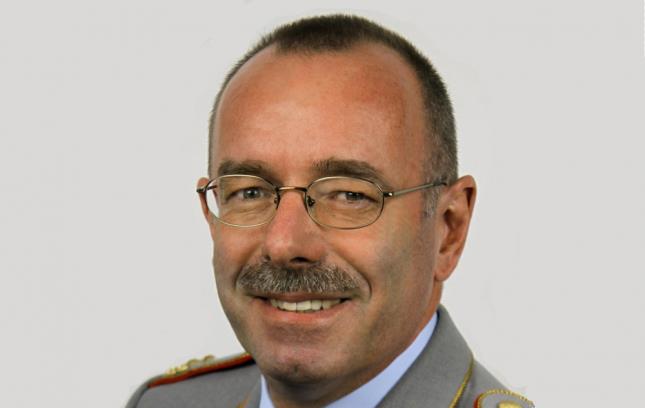 From DPA:  German General Volker Halbauer on Friday assumed command over the NATO-led peacekeeping mission in Kosovo (KFOR), a job he takes on as tensions between Serbia and its former province continue to simmer.

Today KFOR maintains 5,600 personnel from 30 nations, with the largest contingents from the United States and Germany.

From Deutsche Welle:  There had been clashes between a group of Serbs and Kosovar police that ended with several injuries. At the end of June, two grenades were thrown at a KFOR base.

Drews’ critics – Albanians as well as Serbs – think his year at the head of KFOR saw too many setbacks. Tensions in the region led Germany and Austria to ready 700 troops as part of an Operational Reserve Force in case they were needed at the end of September. NATO has said there is still a possibility that the situation could deteriorate. . . .

Northern Kosovo not only has parallel political structures, but also an illegal and armed Serbian police and intelligence forces that disrupt daily life in the region.

"These structures are behind the outbreaks of violence that occur from time to time," [Kosovo’s Interior Minister Bajram] Rexhepi said. "Even now they could create tension in northern Kosovo, though not throughout all of Kosovo."

The Serbs in northern Kosovo tend to avoid official border crossing to Serbia and use "alternative paths." Despite numerous attempts, KFOR soldiers have been unable to close these illegal crossing points. The Serbs in northern Kosovo have also accused KFOR troops of failing in their mission and emphasize that KFOR strongly supports Pristina. . . .

Pushing the political process forward is not one of KFOR’s tasks. But a lack of willingness from Belgrade and Pristina to normalize relations will also hamper the efforts of the peacekeepers’ next leader, 56-year-old Major General Volker Halbauer. He’ll be the sixth German commander and the fourth in a row to lead the international force since it entered Kosovo in 1999.

The first major task of his year as commander will be ensuring security when Kosovo’s so-called "supervised independence" is officially lifted on September 10.   (photo: Ekonomia)