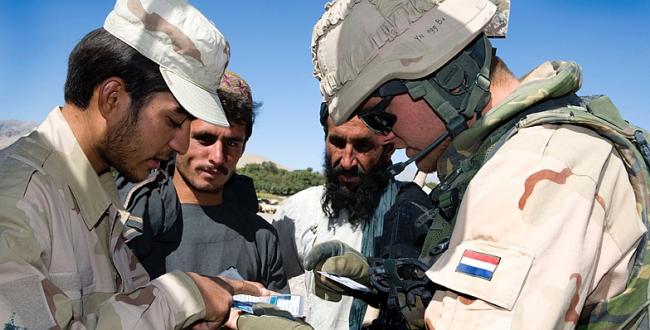 From Radio Netherlands Worldwide:  The incoming Dutch government may consider a new military training mission in Afghanistan, according to sources close to the coalition negotiations.

NATO said earlier this year that it regretted the Dutch withdrawal from Afghanistan before the end of the international mission, and the alliance asked the Netherlands to provide a non-combative police training force instead. …

Whether the plan is ever implemented hinges on the outcome of the protracted coalition negotiations in The Hague, which are expected to be completed before the end of this month.  (photo: Rob Kievet/Netherlands Ministry of Defense)