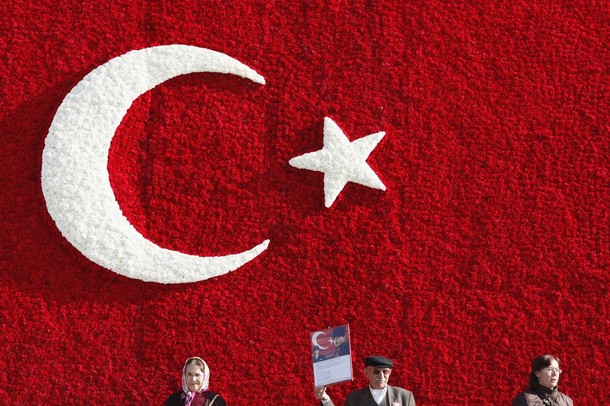 In the 2004 survey, more than 70 percent of Turkish respondents said membership of the EU would be a good thing, but that dropped to 38 percent in this year’s poll.

The number who said Turkey should work most closely with countries in the Middle East on international matters, rather than with the United States or the EU, doubled to 20 percent in 2010, with only 6 percent saying Turkey should work with Washington. …

"Turkish public opinion has always stood apart from that of the other countries in the survey, but this year’s results are particularly striking and shed light on the direction of Turkey’s recent foreign policy," the survey authors wrote.

"Compared to last year, Turks were less convinced that NATO is essential, less interested in joining the EU and less likely to say their country shares values with the West."  (photo: Reuters)