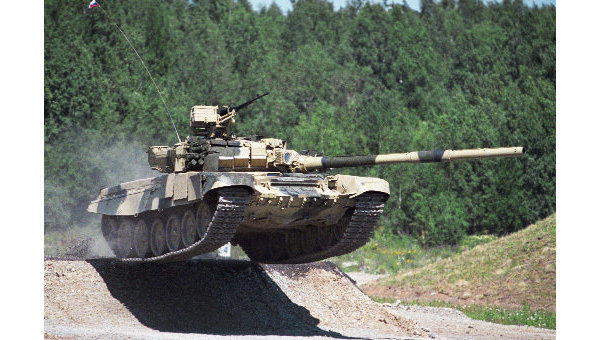 From RIA Novosti:  The most advanced weapon systems manufactured for Russia’s ground forces are below NATO and even Chinese standards and are expensive, GF chief Col. Gen. Alexander Postnikov said on Tuesday [to Russia’s Parliament]. …

He said that Russia’s most advanced tank, the T-90, is in fact a modification of the Soviet-era T-72 tank [entered production in 1971] but costs 118 million rubles (over $4 million) per unit.

"It would be easier for us to buy three Leopards [Germany’s main battle tanks] with this money," Postnikov said.  (photo: RIA Novosti)