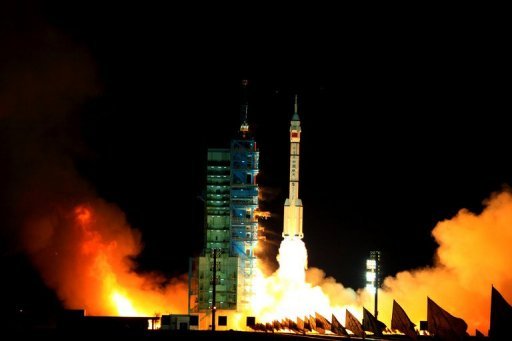 From David Lague, Reuters:  China this week reached a milestone in its drive to master the military use of space with the launch of trials for its Beidou satellite global positioning network, a move that will bring it one step closer to matching U.S. space capabilities.

If Beijing can successfully deploy the full 35 satellites planned for the Beidou network on schedule by 2020, its military will be free of its current dependence for navigation on the U.S. global positioning network (GPS) signals and Russia’s similar GLONASS system.

And, unlike the less accurate civilian versions of GPS and GLONASS available to the People’s Liberation Army (PLA), this network will give China the accuracy to guide missiles, smart munitions and other weapons.

"This will allow a big jump in the precision attack capability of the PLA," said Andrei Chang, a Hong Kong-based analyst of the Chinese military and editor of Kanwa Asian Defence magazine.

China has launched 10 Beidou satellites and plans to launch six more by the end of next year, according to the China Satellite Navigation Management Office.

As part of this system, the Beidou, or "Big Dipper", network will have an important military role alongside the country’s rapidly expanding network of surveillance, imaging and remote sensing satellites. . . .

China accelerated its military satellite research and development after PLA commanders found they were unable to track two U.S. aircraft carrier battle groups deployed in 1996 to the Taiwan Strait at a time of high tension between the island and the mainland, analysts say.

The effort received a further boost when it was shown how crucial satellite networks were in the 1991 Gulf War, the 1999 NATO bombing of Yugoslavia and the 2003 invasion of Iraq.

While China still lags the United States and Russia in overall space technology, over the last decade it has rapidly become a state-of-the-art competitor in space-based surveillance after deploying a range of advanced satellite constellations that serve military and civilian agencies. . . .

Real-time satellite images and data can also be used to coordinate the operations of China’s naval, missile and strike aircraft forces in operations far from the mainland.  (photo: AFP)