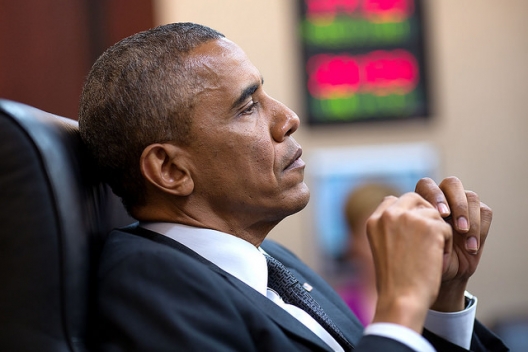 To date, the United States has “blocked” approximately 130 Russian and Ukrainian officials, businessmen, separatists, and companies. Blocking sanctions are the most common among the measures the U.S. Treasury Department’s Office of Foreign Assets Control (OFAC) has used in recent years. In these cases, OFAC names individuals or entities as specially designated nationals (SDNs). All SDN assets under U.S. jurisdiction must be frozen, and nearly all commercial and financial dealings with SDNs by U.S. persons are prohibited….

The United States has also placed “export control” measures—the use of export licensing policy and other regulations to restrict the flow of certain U.S. goods, technology, and services—on exports and re-exports to Russia….

The United States has already stepped up its export controls a number of times since the conflict began. It could decide to further extend export controls to the other Russian industrial sectors targeted by Executive Order 13662 beyond energy and defense: metals, mining, and engineering would be plausible next steps. The United States might also decide to extend the current export prohibitions in place against unconventional oil projects to traditional oil and natural gas projects in Russia, similar to restrictions included in the Iran Sanctions Act (ISA) and Comprehensive Iran Sanctions and Divestment Act (CISADA). The United States could also ban outright the export of specific technology to Russia (regardless of end-user or end use), akin to existing EU sanctions….

The third category of sanctions that the United States has placed on Russia is a new sanctions paradigm, so-called “sectoral” sanctions. Although other sanctions programs have featured sanctions targeting strategic industrial sectors (most notably, the Iranian energy sector), the sectoral sanctions imposed against Russia have taken a more modest form. OFAC has listed 11 Russian energy, defense, and financial firms on its “Sectoral Sanctions Identifications List” (SSIL), which curtails their ability to raise new capital on the medium- to long-term debt and equity markets or to roll over old debt….

Sectoral sanctions, in other words, may be a misnomer in this case, since these sanctions do not actually apply to entire Russian industrial sectors but rather only to enumerated activities with select firms within each sector….Should the United States elect to ramp up sectoral sanctions, it might first identify additional energy, finance, or defense firms or target new industrial sectors (such as metals, mining, and engineering) or apply the existing restrictions to other types of oil or natural gas projects. The United States might also decide to convert Russian sectoral sanctions into more comprehensive sanctions across some or all of the targeted sectors, similar to those imposed against Iran under CISADA….

Finally, the United Kingdom and others have advocated that Russia (or, specific Russian firms or sectors) be barred from participating in the SWIFT network, the key messaging system for processing an estimated $6 trillion in daily international financial transactions among nearly 11,000 banks worldwide. Given SWIFT’s registration in Belgium, the European Union would be expected to take a lead role in such a decision, as it did in excluding numerous Iranian financial institutions from SWIFT in 2012 after sustained U.S. pressure through ITRA. But given hesitance among some EU countries to deepen the sanctions and the potential impact on financial markets, such a move by the European Union may prove unlikely….

Should Russia march further into Ukraine or other parts of Eastern Europe, then it could provoke an even more drastic escalation. In this case, the United States might favor the kind of major sanctions escalation it has used in the past: secondary sanctions and country sanctions.

Under a secondary sanctions program, the United States could decide to apply sanctions not only to U.S. persons, but also to non-U.S. persons, including U.S.-owned or controlled foreign subsidiaries, joint ventures, and foreign firms themselves, similar to provisions of CISADA and the Iran Freedom and Counter-Proliferation Act (IFCA). This would potentially include, for example, “blacklisting” non-U.S. firms from U.S. federal procurement contracts, restricting the opening of U.S. correspondent accounts by foreign banks that process Russia-related transactions, or limiting foreign firms’ access to other U.S. financial or dollar-denominated instruments. Such sanctions are often a final resort and may cause diplomatic rifts with allies. Indeed, at least one major recent U.S. sanctions enforcement case against a European financial institution resulted in a direct petition to the U.S. president from his European counterpart….

Although least likely under current circumstances, the United States could also, at some point, decide to pursue the most severe sanctions escalation against Russia by deploying “country” sanctions, placing it in a category with Iran, Cuba, and Sudan by establishing a comprehensive ban on nearly all financial and commercial dealings with the country. By moving far beyond the precise targeting of the Russian leadership, its inner circle, and strategic industrial sectors, country sanctions would effectively extend the recent trade embargo against the region of Crimea to Russia. Such an escalation could also restrict access to most parts of the Russian market, presumably applying to state-owned enterprises, ruble-denominated trading, government contracts, and beyond. This measure may be unlikely under current circumstances given its collateral impact and the unlikely prospect of multilateral support.