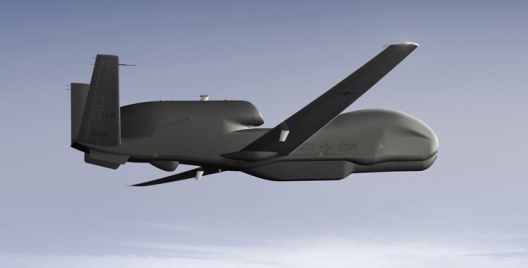 Many NATO countries have “a crying need” for the capabilities that will be provided by five unmanned aircraft being built by Northrop Grumman Corp., NATO’s Jim Edge said today.

Edge, with NATO’s Alliance Ground Surveillance Management Agency, gathered with other leaders Tuesday at Northrop’s Unmanned Systems Center in Moss Point to celebrate the start of fabrication on the first drone.

“The NATO forces are counting on our success,” he told attendees that included Gov. Phil Bryant and Lt. Col. Giancarlo Filippo, who is with the Italian delegation to NATO.

“Operations in Libya and Afghanistan and those over the waters off the coast of eastern Africa all prove that there’s a crying need for this type of capability,” Edge said. “We need this capability. Mississippi is making history as far as I’m concerned.”

The aircraft are modeled after Northrop’s Block 40 Global Hawk drones and come equipped with an advanced ground surveillance radar sensor. . . .