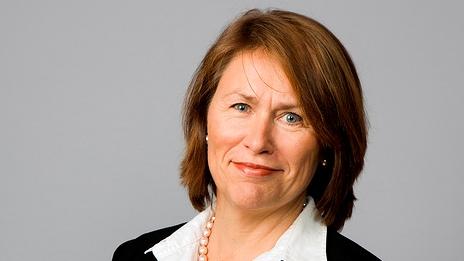 From Wojciech Moskwa, Reuters: Norway may ground its six F-16 fighter jets due to take part in U.S.-led sorties over Libya if it deems their missions too dangerous for civilians in the North African state, the defence minister said on Wednesday.

"If Norway can’t take part in the operational plans that emerge — if the risk of civilian lives being lost is too great, for example — Norway can take out the ‘red card’ and keep its fighters from participating," Defence Minister Grete Faremo told reporters after she briefed parliament about Libya.

From News from Norway: “It is critical that we get in place an effective command system that will give us adequate insight into the decision-making process, the mandate and rules for the operation,” Faremo told news bureau NTB. This is important, she said, because Norwegian military force shall remain under national control.

The fighter jets were for the time being "to be under the US North Africa command," Stoltenberg specified, as fresh reports suggested that the military alliance NATO was soon to take charge of the overall command, dpa reported.

From the Norway Post: The Norwegian squadron of six F-16 jet fighters and a 100-man support crew are now in place at the Souda Bay base on Crete, and will be ready to join operations in a couple of days.

The base is located only a half-hour flight from Libyan territory.

However, Defence Minister Grete Faremo has said that the coalition force must establish a clear command structure, before the Norwegian aircraft will take part in operations.  (photo: arbeiderpartiet.no)