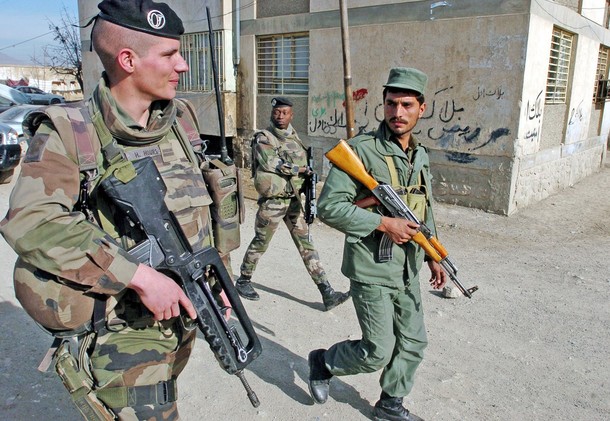 From Ariel Zirulnick, the Christian Science Monitor:  The number of ‘green-on-blue’ attacks in Afghanistan this year has surpassed that of all 2011, eroding trust and deepening concern about the security transition.

For the sixth time in two weeks, a member of Afghanistan’s fledgling security forces opened fire on his international trainers today, this time killing two US soldiers. . . .

A local Afghan policeman in the far western province of Farah opened fire during the police inauguration ceremony attended by both American and Afghan national forces, shortly after receiving his weapon, USA Today reports. He joined the Afghan Local Police, a group of regional militias backed and trained by NATO, only five days earlier.

The so-called green on blue attacks (for the color of the Afghan and international coalition forces’ uniforms) have resulted in the deaths of 36 international soldiers in 2012 alone, according to USA Today (some news outlets reported higher numbers). They raise serious concerns about the viability of the plan to train Afghans to assume responsibility for security as the coalition forces’ withdrawal in 2014 approaches.