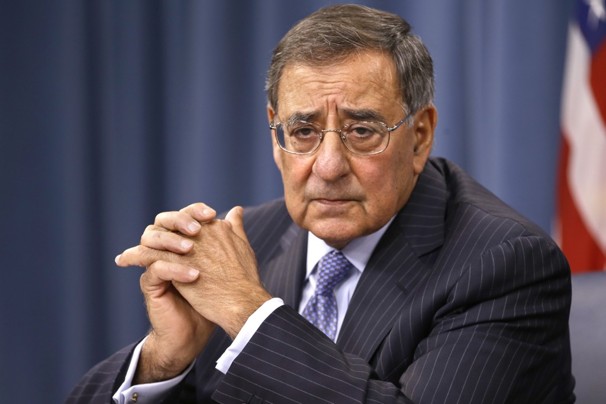 From Thom Shanker and David E. Sanger, New York Times:  In advance of Mr. [Secretary of Defense Leon] Panetta’s speech in New York on Thursday, senior officials debated how much to talk about the United States’s offensive capabilities, assessing whether such an acknowledgment could help create a deterrent for countries contemplating attacks on the country.

But Mr. Panetta carefully avoided using the words “offense” or “offensive” in the context of American cyberwarfare, instead defining the Pentagon’s capabilities as “action to defend the nation.”

“We won’t succeed in preventing a cyber attack through improved defenses alone,” Mr. Panetta said. “If we detect an imminent threat of attack that will cause significant, physical destruction in the United States or kill American citizens, we need to have the option to take action against those who would attack us to defend this nation when directed by the president. For these kinds of scenarios, the department has developed that capability to conduct effective operations to counter threats to our national interests in cyberspace.”

The comments indicated that the United States might redefine defense in cyberspace as requiring the capacity to reach forward over computer networks if an attack was detected or anticipated, and take pre-emptive action. These same offensive measures also could be used in a punishing retaliation for a first-strike cyberattack on an American target, senior officials said.

One senior intelligence official described a debate inside the Obama administration over the pros and cons of openly admitting that the United States has deployed a new cyber weapon, and could use it in response to an attack, or pre-emptively.

For now, officials have decided to hold back. “The countries who need to know we have it already know,” the senior intelligence official said.

From AP:  Defense Secretary Leon Panetta’s pointed warning that the U.S. will strike back against a cyberattack underscores the Obama administration’s growing concern that Iran could be the first country to unleash cyberterrorism on America. . . .

Panetta made it clear that the military is ready to retaliate — though he didn’t say how — if it believes the nation is threatened by a cyberattack, and he made it evident that the U.S. would consider a preemptive strike.

“Iran is a country for whom terror has simply been another tool in their foreign policy toolbox, and they are a country that feels it has less and less to lose by breaking the norms of the rest of the world,” said Stewart Baker, former assistant secretary at the Department of Homeland Security and now in private law practice. “If anybody is going to release irresponsible unlimited attacks, you’d expect it to be Iran.”  (photo: Jacquelyn Martin/AP)