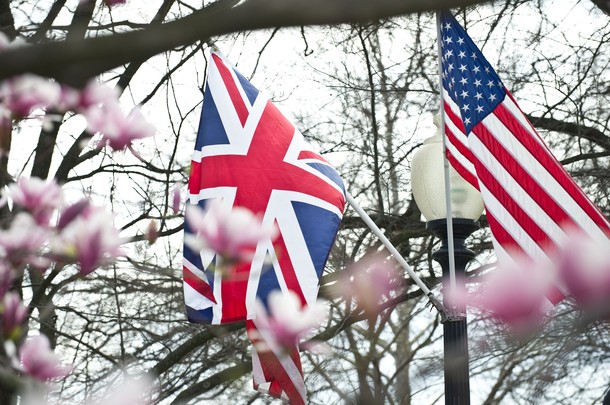 From Barack Obama and David Cameron, the Washington Post:  The alliance between the United States and Great Britain is a partnership of the heart, bound by the history, traditions and values we share. But what makes our relationship special — a unique and essential asset — is that we join hands across so many endeavors. Put simply, we count on each other and the world counts on our alliance. . . .

As the two largest contributors to the international mission in Afghanistan, we’re proud of the progress our troops have made in dismantling al-Qaeda, breaking the Taliban’s momentum and training Afghan forces. But as recent events underscore, this remains a difficult mission. We honor the profound sacrifices of our forces, and in their name we’ll carry on the mission.

Over the next few days, we will consult about preparations for the NATO summit in Chicago, where our alliance will determine the next phase of the transition that we agreed to in Lisbon. This includes shifting to a support role in advance of Afghans taking full responsibility for security in 2014 and ensuring that NATO maintains an enduring commitment so that Afghanistan is never again a haven for al-Qaeda to launch attacks against our citizens.

As members of the international community, we have been united in imposing tough sanctions on the Iranian regime for failing to meet its international obligations. We believe there is time and space to pursue a diplomatic solution, and we are coordinating our diplomatic approach with China, France, Germany and Russia, our P5+1 partners. Meanwhile, as the United States imposes its strongest sanctions to date and the European Union prepares to impose an embargo on Iranian oil, the choice for Tehran will be sharpened — meet your international obligations or face the consequences. . . .

Our troops and citizens have long shown what can be achieved when British and Americans work together, heart and hand, and why this remains an essential relationship — to our nations and the world. So like generations before us, we’re going to keep it up. Because with confidence in our cause and faith in each other, we still believe that there is hardly anything we cannot do.