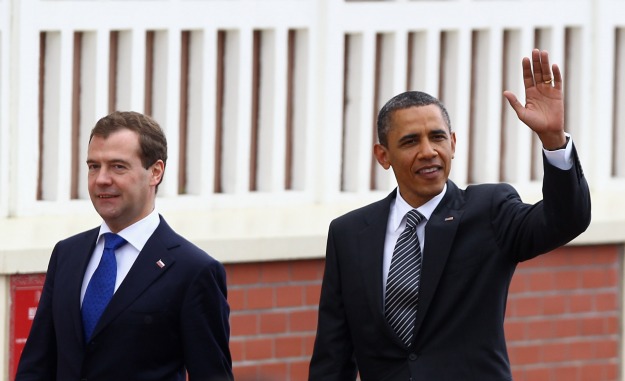 From R. James Woolsey and Rebeccah Heinrichs, Foreign Policy:  President Barack Obama’s administration recently threatened to veto the defense budget , citing "serious concerns" over provisions that limit the U.S. missile defense know-how that the White House is permitted to share with Moscow. This is the sort of information that Russian Prime Minister Vladimir Putin, in his earlier days, would have assigned his spies to steal. Through its single-minded pursuit of "resetting" relations with Russia, the Obama administration may simply be willing to hand over this information and, in doing so, weaken U.S. national security.

Only two days after issuing the veto threat — and as Obama tried to warm Russian President Dmitry Medvedev to U.S. missile defense plans at the G-8 Summit in Deauville, France — the House of Representatives passed the defense bill. It included the provision that the president’s team finds so offensive: Section 1228 requires that no funds can be used to provide the Russian Federation with sensitive U.S. missile defense technology. . . .

Leaders in the House, and particularly the Armed Services Committee, deserve commendation for trying to address these weaknesses. The House defense bill added funds for short-range defenses, the GMD system, and Aegis; and perhaps most strikingly, it mandated the administration to conduct a study on the technical and operational feasibility of space-based interceptors — the ideal type of system to intercept missiles at the optimal point, during their boost phase.

But as the administration’s veto threat demonstrates, the future of U.S. missile defense requires more than Congress alone can provide. Here’s hoping that the White House comes to its senses and stops trying to use a degradation in U.S. national security to purchase a Russian "reset."