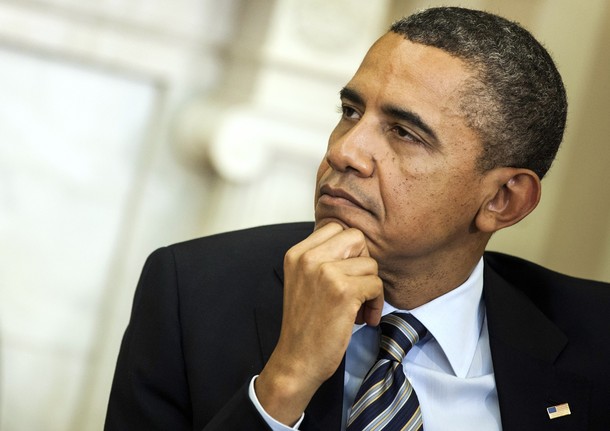 From Simon Tisdall, the Guardian:  Barack Obama’s "shrug your shoulders" Syria policy, faithfully imitated by Britain and the rest of the do-nothing Nato crew, is no longer sustainable politically, strategically or morally. Weekend cross-border incidents involving Turkey and Lebanon show instability inexorably spreading. The longer this goes on, the worse it is going to get. . . .

"A civil war is taking place in Syria," a Washington Post editorial warned. The Annan plan had predictably failed, it said. "Mr Annan and his backers have merely provided cover for Mr Assad to go on slaughtering his own people.

"Mr Obama may believe that by fleeing from leadership through figments such as the Annan plan, he is avoiding ‘militarisation’. In fact, he is ensuring that thousands more people will die." The Post went on to urge military support for the Syrian opposition, backed if need be by Nato military intervention.

Strategically speaking, the western rationale for non-intervention in Syria has sprung some Titanic-size holes. The Turkish and Lebanese incidents are a measure of how one justification for inaction – that direct western involvement could precipitate a wider conflict – is now very much beside the point. Syria is burning out of control. The fire is already spreading. . . .

[The Editor of the Small Wars Journal Robert] Haddick suggests that asymmetrical methods, rather than head-on military confrontation, will be the preferred weapons of choice. "Saudi Arabia hopes to buy the Syrian army rather than bomb it. For this war, the kingdom’s oil-financed bank accounts may be more powerful than its squadrons of F-15 fighter-bombers. Until some event triggers military escalation, Riyadh and its friends will have to perfect the black arts of covert action and irregular warfare."

But this argument ignores the moral imperative. The US, like Britain and other Nato powers, are sworn to uphold the UN’s doctrine of "responsibility to protect" (much trumpeted in the Libyan campaign). Even if they were not, it is difficult, morally speaking, to continue to limit their involvement to the promulgation of easily ignored deadlines, non-military aid, sanctions of dubious effectiveness and statements of condemnation.

This is not an argument for an all-out Nato invasion of Syria. But given the scale of the suffering, tried and tested steps such as the setting up of humanitarian corridors and safe havens connected to Turkey and protected by a no-fly zone cannot be resisted much longer.

It was done in Benghazi in response to a mere threat from Gaddafi. It may now have to be done in Syria, whatever Russia may say, if only because the slaughter there is for real, and all other options have been tried and failed. A shoulder shrug will just not cut it any more.  (photo: Getty)