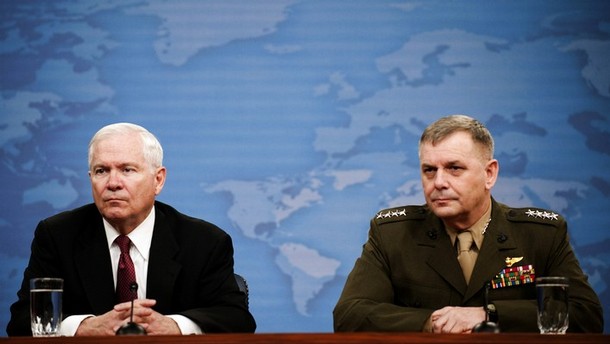 “The president has said that where we have some unique capabilities, he is willing to use those,” Gates said. “In fact, he has approved the use of armed predators [in Libya].”

Armed predators have been used in Libya “purely as [intelligence, surveillance and reconnaissance systems] until today,” Cartwright said.

Two unmanned armed predators capable of around-the-clock coverage are now in Libya, the general added. The first flights launched today but were cancelled because of bad weather. . . .

"This is a very limited capability,” Gates said, adding that the president has been clear from the outset that the U.S. role would be specifically defined.

Obama structured the U.S. role in Libya as a limited one because “of all our friends and allies, we are the most-stretched military,” Gates added.