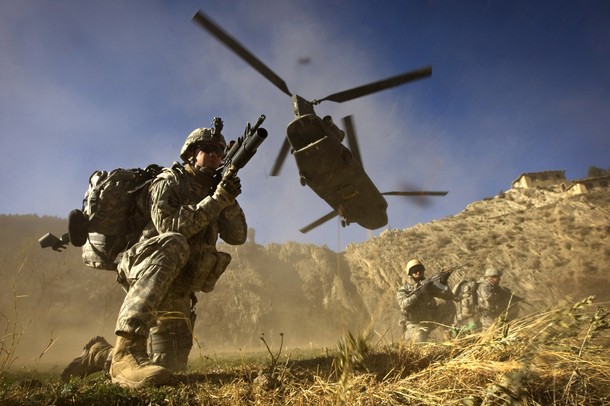 From the Editors of the Washington Post:  President Obama failed to offer a convincing military or strategic rationale for the troop withdrawals from Afghanistan that he announced Wednesday night. In several ways, they are at odds with the strategy adopted by NATO, which aims to turn over the war to the Afghan army by the end of 2014. For that plan to succeed, military commanders believe that U.S. and allied forces must hold the areas in southern Afghanistan that have been cleared of the Taliban through this summer’s fighting season as well as that of 2012. They also must sweep eastern provinces that have not yet been reached by the counterinsurgency campaign.

By withdrawing 5,000 U.S. troops this summer and another 5,000 by the end of the year, Mr. Obama will make those tasks harder. By setting September 2012 as a deadline for withdrawing all of the 33,000 reinforcements he ordered in late 2009, the president risks undermining not only the war on the ground but also the effort to draw elements of the Taliban into a political settlement; the militants may prefer to wait out a retreating enemy. It also may be harder to gain cooperation from Pakistan, whose willingness to break with the Taliban is linked to its perception of U.S. determination to remain engaged in the region. U.S. allies, which have committed 40,000 troops to the 2014 plan, may revise their own exit strategies. . . .

By announcing these pullouts, Mr. Obama may ease some of the political pressure while still allowing his commanders enough forces to complete the 2014 transition plan. The president’s supporters point out that at the end of 2012, there will still be twice as many U.S. troops in Afghanistan — 68,000 — as when Mr. Obama took office. We hope those prove sufficient. But Mr. Obama’s withdrawal decision, with no clear basis in strategy, increases the risk of failure.  (photo: Getty)