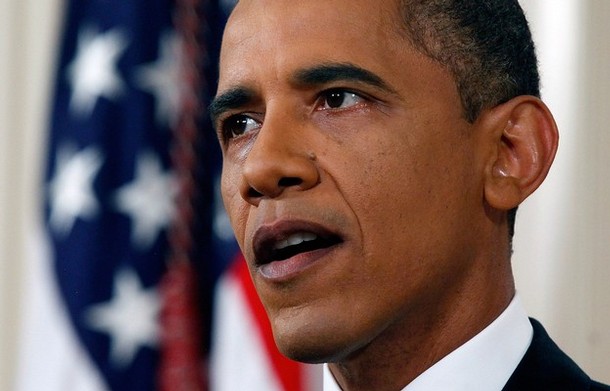 From Barack Obama, the White House:  Thanks to our extraordinary men and women in uniform, our civilian personnel, and our many coalition partners, we are meeting our goals.   As a result, starting next month, we will be able to remove 10,000 of our troops from Afghanistan by the end of this year, and we will bring home a total of 33,000 troops by next summer, fully recovering the surge I announced at West Point.  After this initial reduction, our troops will continue coming home at a steady pace as Afghan security forces move into the lead.  Our mission will change from combat to support.  By 2014, this process of transition will be complete, and the Afghan people will be responsible for their own security. . . .

In Afghanistan, we’ve inflicted serious losses on the Taliban and taken a number of its strongholds.  Along with our surge, our allies also increased their commitments, which helped stabilize more of the country.  Afghan security forces have grown by over 100,000 troops, and in some provinces and municipalities we’ve already begun to transition responsibility for security to the Afghan people.  In the face of violence and intimidation, Afghans are fighting and dying for their country, establishing local police forces, opening markets and schools, creating new opportunities for women and girls, and trying to turn the page on decades of war.

Of course, huge challenges remain.  This is the beginning — but not the end –- of our effort to wind down this war.  We’ll have to do the hard work of keeping the gains that we’ve made, while we draw down our forces and transition responsibility for security to the Afghan government.  And next May, in Chicago, we will host a summit with our NATO allies and partners to shape the next phase of this transition. . . .

The goal that we seek is achievable, and can be expressed simply:  No safe haven from which al Qaeda or its affiliates can launch attacks against our homeland or our allies.  We won’t try to make Afghanistan a perfect place.  We will not police its streets or patrol its mountains indefinitely.  That is the responsibility of the Afghan government, which must step up its ability to protect its people, and move from an economy shaped by war to one that can sustain a lasting peace.  What we can do, and will do, is build a partnership with the Afghan people that endures –- one that ensures that we will be able to continue targeting terrorists and supporting a sovereign Afghan government.

Of course, our efforts must also address terrorist safe havens in Pakistan.  No country is more endangered by the presence of violent extremists, which is why we will continue to press Pakistan to expand its participation in securing a more peaceful future for this war-torn region.  We’ll work with the Pakistani government to root out the cancer of violent extremism, and we will insist that it keeps its commitments.  For there should be no doubt that so long as I am President, the United States will never tolerate a safe haven for those who aim to kill us.  They cannot elude us, nor escape the justice they deserve. . . .

Already this decade of war has caused many to question the nature of America’s engagement around the world.  Some would have America retreat from our responsibility as an anchor of global security, and embrace an isolation that ignores the very real threats that we face.  Others would have America over-extended, confronting every evil that can be found abroad.

We must chart a more centered course.  Like generations before, we must embrace America’s singular role in the course of human events.  But we must be as pragmatic as we are passionate; as strategic as we are resolute.  When threatened, we must respond with force –- but when that force can be targeted, we need not deploy large armies overseas.  When innocents are being slaughtered and global security endangered, we don’t have to choose between standing idly by or acting on our own.  Instead, we must rally international action, which we’re doing in Libya, where we do not have a single soldier on the ground, but are supporting allies in protecting the Libyan people and giving them the chance to determine their own destiny.

Excerpts from remarks by President Barack Obama on the Way Forward in Afghanistan.  (photo: Getty)