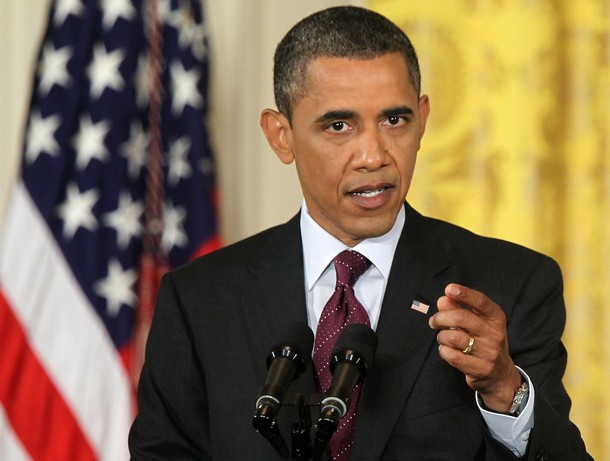 From Barack Obama, the White House:  We have done exactly what I said we would do.  We have not put any boots on the ground.   And our allies — who, historically, we’ve complained aren’t willing to carry enough of the load when it comes to NATO operations — have carried a big load when it comes to these NATO operations.  And as a consequence, we’ve protected thousands of people in Libya; we have not seen a single U.S. casualty; there’s no risks of additional escalation.  This operation is limited in time and in scope.

So I said to the American people, here’s our narrow mission.  We have carried out that narrow mission in exemplary fashion.  And throughout this process we consulted with Congress.  We’ve had 10 hearings on it.  We’ve sent reams of information about what the operations are.  I’ve had all the members of Congress over to talk about it.  So a lot of this fuss is politics.

And if you look substantively at what we’ve done, we have done exactly what we said to do, under a U.N. mandate, and we have protected thousands of lives in the process.  And as a consequence, a guy who was a state sponsor of terrorist operations against the United States of America is pinned down and the noose is tightening around him.

Now, when you look at the history of the War Powers resolution, it came up after the Vietnam War in which we had half-a-million soldiers there, tens of thousands of lives lost, hundreds of billions of dollars spent — and Congress said, you know what, we don’t want something like that happening again.  So if you’re going to start getting us into those kinds of commitments you’ve got to consult with Congress beforehand.

And I think that such consultation is entirely appropriate.  But do I think that our actions in any way violate the War Powers resolution?  The answer is no.  So I don’t even have to get to the constitutional question.  There may be a time in which there was a serious question as to whether or not the War Powers resolution — act was constitutional.  I don’t have to get to the question.

We have engaged in a limited operation to help a lot of people against one of the worst tyrants in the world — somebody who nobody should want to defend — and we should be sending a unified message to this guy that he should step down and give his people a fair chance to live their lives without fear.  And this suddenly becomes the cause célèbre for some folks in Congress?  Come on.