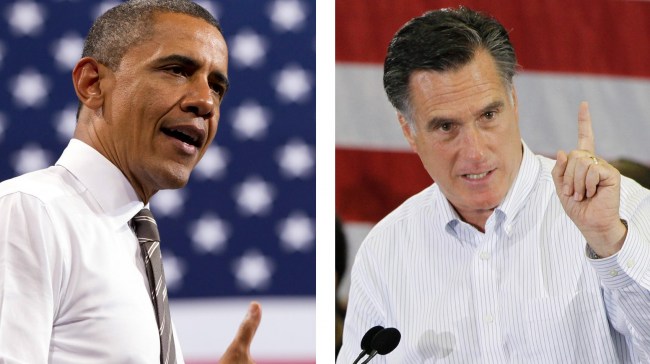 First, the ultralibertarian Tea Party movement is going to be a powerful force in the next Congress, putting a brake on new domestic initiatives as well as on any new intervention abroad. “Romney cannot ignore the Tea Party’s foreign policy,” said Stephen J. Flanagan, a security expert at the independent Center for Strategic and International Studies in Washington. “The Tea Party is skeptical about foreign intervention and somewhat isolationist,” he added. . . .

[T]he second factor restraining the next administration is the fiscal situation of the U.S. government, which is bound by the Budget Control Act of 2011 to implement painful savings starting next year.

The effect is that Europe, instead of worrying about U.S. interventionism, might soon become concerned about a revival in American isolationism. At the very least, no U.S. president will be willing to continue footing the bill for NATO’s military spending.

Curiously, Europe seems strangely unconcerned. “There has been no strategic thinking of any sort on this side of the Atlantic,” said Sven Biscop, a security expert at Egmont, the Royal Institute for International Affairs in Brussels. “No matter who wins the next U.S. election, Europe must understand that the trans-Atlantic relationship has changed fundamentally.”

Yet new avenues of cooperation are opening as Washington is, by choice or by necessity, limiting its ambitions as a world power. The U.S. State Department, for example, recently sent a confidential two-page note to Catherine Ashton, the E.U. foreign policy chief.

The note, called “Enhancing U.S.-E.U. Dialogue and Engagement on Asia-Pacific Issues,” proposes how the United States and Europe could work together in Asia on issues like human rights, good governance and development aid.

In sub-Saharan Africa, the European Union and the United States are working together with countries in the region to try and stabilize Mali, where an offshoot of Al Qaeda has seized control of northern areas.

Analysts suggest that both Europe and the United States will benefit if they choose to work on such issues together. “Maybe,” Mr. Flanagan said. “But whoever wins, Europe will be expected to take on more of the burden sharing on security. We still don’t see that happening.”