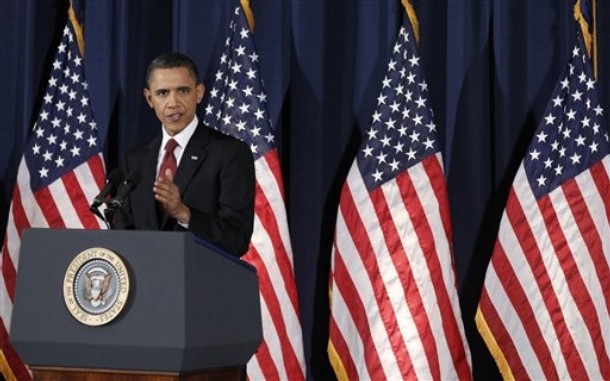 From Barack Obama, the White House:  In this effort, the United States has not acted alone. Instead, we have been joined by a strong and growing coalition. This includes our closest allies -– nations like the United Kingdom, France, Canada, Denmark, Norway, Italy, Spain, Greece, and Turkey –- all of whom have fought by our sides for decades.  And it includes Arab partners like Qatar and the United Arab Emirates, who have chosen to meet their responsibilities to defend the Libyan people.

To summarize, then:  In just one month, the United States has worked with our international partners to mobilize a broad coalition, secure an international mandate to protect civilians, stop an advancing army, prevent a massacre, and establish a no-fly zone with our allies and partners.  To lend some perspective on how rapidly this military and diplomatic response came together, when people were being brutalized in Bosnia in the 1990s, it took the international community more than a year to intervene with air power to protect civilians.  It took us 31 days.

Moreover, we’ve accomplished these objectives consistent with the pledge that I made to the American people at the outset of our military operations.  I said that America’s role would be limited; that we would not put ground troops into Libya; that we would focus our unique capabilities on the front end of the operation and that we would transfer responsibility to our allies and partners.  Tonight, we are fulfilling that pledge.

Our most effective alliance, NATO, has taken command of the enforcement of the arms embargo and the no-fly zone.  Last night, NATO decided to take on the additional responsibility of protecting Libyan civilians. This transfer from the United States to NATO will take place on Wednesday.  Going forward, the lead in enforcing the no-fly zone and protecting civilians on the ground will transition to our allies and partners, and I am fully confident that our coalition will keep the pressure on Qaddafi’s remaining forces.

In that effort, the United States will play a supporting role — including intelligence, logistical support, search and rescue assistance, and capabilities to jam regime communications. Because of this transition to a broader, NATO-based coalition, the risk and cost of this operation — to our military and to American taxpayers — will be reduced significantly.

Excerpt from remarks by President Barack Obama in Address to the Nation on Libya. (photo: AP)