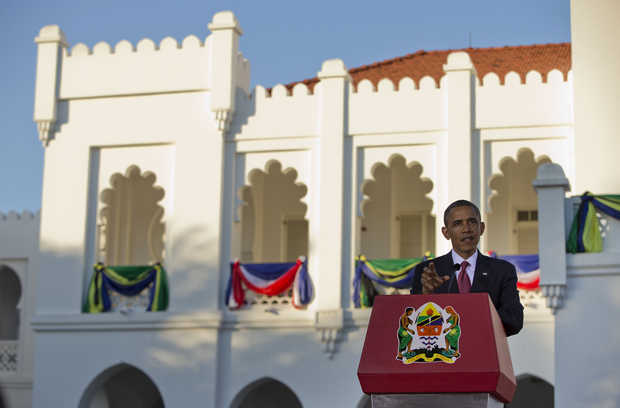 From Jeff Mason and Mark Felsenthal, Reuters:  President Barack Obama tried on Monday to reassure European allies affronted by reports of U.S. spying by suggesting all the world’s intelligence services were involved in finding out the thinking of opponents and allies alike. . . .

Obama, on a visit to Tanzania, promised to supply all the information requested by European allies regarding the spying allegations, which he said Washington was still evaluating.

"If that weren’t the case, then there would be no use for an intelligence service. And I guarantee you that in European capitals, there are people who are interested in – if not what I had for breakfast – at least what my talking points might be should I end up meeting with their leaders. That’s how intelligence services operate. . . ."

"The Europeans are some of the closest allies that we have in the world. And we work with them on everything, and we share intelligence constantly," he said.

"I’ve asked my team … to evaluate everything that’s being claimed. When we have an answer, we will make sure to provide all the information that our allies want."

From Dan Roberts, Guardian:  As the White House seeks to contain the diplomatic fallout from the controversy, Obama also sought to reassure fellow world leaders that the scale of US espionage against friendly nations did not signify a lack of trust.

Talking to reporters aboard Air Force One, deputy national security adviser Ben Rhodes said: "I think that at the end of the day, we co-operate with Europe on so many issues and are so closely aligned in terms of our interests in the world that those relationships are going to stay strong and we’re going to cooperate with them on security issues, economic issues and, frankly, obviously also share a set of democratic values with them that I think can transcend any controversy."

"We have very close intelligence-sharing relationships with these governments insofar as their questions and concerns raised about these various reports we can discuss that with the Europeans through those close relationships that we have," he added.  (photo: Evan Vucci/AP)