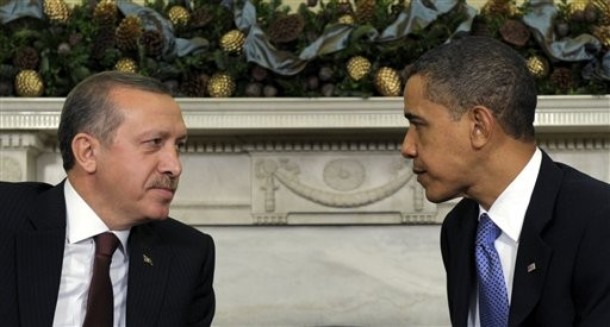 From Reuters:  Turkey could end up seeking alliances outside the West if the European Union keeps it dangling over its bid for membership, U.S. President Barack Obama said in a newspaper interview on Thursday.

Obama told Italy’s Corriere della Sera the United States believed it would be wise for the European Union to accept Turkey, and saw reluctance to let Turkey in as a factor behind changes seen in its traditionally West-facing foreign policy.

"I recognize that this raises strong feelings in Europe and I do not think the slow pace or European reluctance is the only or predominant factor at the root of some changes in the orientation recently observed in the Turkish attitude.

"But it is inevitably destined to play a role in how the Turkish people see Europe," Obama said. "If they do not feel themselves part of the European family, it is natural that they should end up looking elsewhere for alliances and affiliations. …"

Obama called Turkey’s attempt to mediate an accord with Iran on the nuclear issue "unfortunate", but said he understood its interest as an emerging power and neighbor of Iran.  (photo: AP)