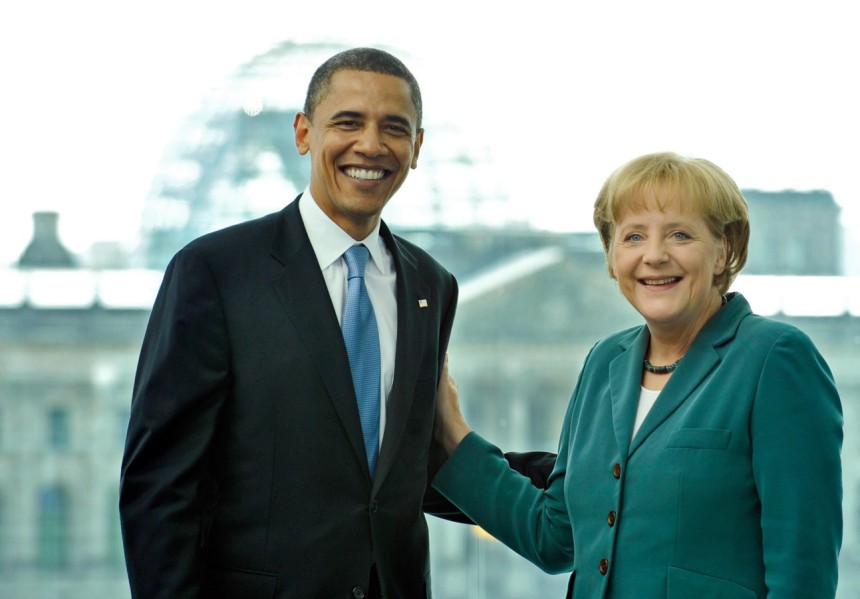 From Jeff Lightfoot, National Interest:  President Barack Obama should use his speech tomorrow at Berlin’s Brandenburg Gate to call for more active, confident German leadership of the European Union —which is needed if the continent is to rise above its present political and economic crisis. As Europe’s largest trading, investment and security partner, the United States has a strong interest in seeing Germany lead Europe toward that outcome. By calling for greater German leadership on his visit to Berlin, President Obama would advance American interests in Europe, further the cause of European integration, and follow in the footsteps of John F. Kennedy and Ronald Reagan. . . .

Germany must shed its reticence of the past and take on a greater share of the leadership burden in Europe today. But given Germany’s reluctance to take on a more robust role on the international scene, Berlin needs some pushing from its allies to exercise leadership with greater confidence. In 2011, Poland’s foreign minister Radek Sikorski led the way by calling for more German leadership in Europe. It is time for Washington to do the same.

The United States should not shy away from offering its opinion on the political future of the European Union. Due to its commitment to Europe’s security through NATO, the United States is a European power. Washington has been an active shaper of Europe’s political future since World War II. The U.S.-led Marshall Plan to rebuild Europe in the aftermath of World War II was designed to foster the multinational cooperation that sowed the seeds for the European project. U.S. support for the enlargement of NATO and the European Union was also critical for integrating the former Warsaw Pact nations into the Atlantic community after the fall of the Berlin Wall. . . .

Obama should make his vision and ambitions for Europe clear, while articulating a desire to see Germany lead Europe in this direction. Berlin is unlikely to embrace a leading role without some gentle encouragement from Washington, as well as more active and engaged U.S. leadership of Europe itself. Indeed, greater American engagement in Europe’s affairs would ease concerns in both Berlin and neighboring capitals about a German-dominated Europe.

Jeff Lightfoot is deputy director of the Atlantic Council’s Brent Scowcroft Center on International Security. The views expressed are his own.  (photo: Getty)