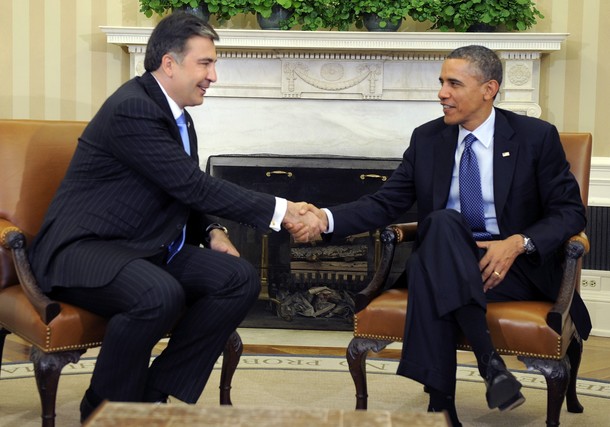 From Barack Obama, the White House:  On defense and security, I expressed my gratitude to the President for the extraordinary contributions that have been made by the Georgian military in Afghanistan.  They have been one of the most dedicated contributors outside of NATO to the ISAF effort, and in fact have taken on some significant casualties as a consequence of those efforts.

We have talked about how we will continue to strengthen our defense cooperation, and there are a wide range of areas where we are working together.  And I reaffirmed to the President and assured him that the United States will continue to support Georgia’s aspirations to ultimately become a member of NATO.  (photo: Getty)