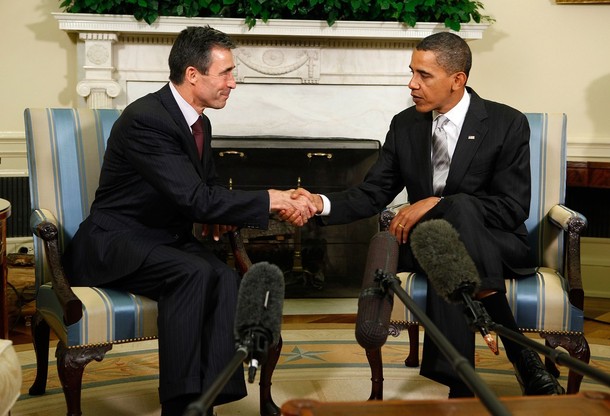 From Press Secretary, the White House:  President Obama will welcome the Secretary General of the North Atlantic Treaty Organization (NATO), Mr. Anders Fogh Rasmussen, to the White House on September 7, 2010.   As part of the President’s ongoing consultations with allies about our global agenda, the two leaders will discuss NATO’s role in advancing our shared interests in Europe and beyond, including through the International Security Assistance Force mission in Afghanistan.  They will discuss preparations for the November 19-20, 2010 NATO Summit in Lisbon, Portugal, which will include a focus on NATO’s development of new capabilities that ensure it is able to respond effectively to 21st century challenges.  (photo: Getty)